Several members of URGENCI took part to the European Seminar on Access to Land, that was held 9th-13th September 2019 in Villarceaux, France. The seminar was organised as part of a European Union-funded project on Local Land Strategies. 90 participants from all corners of Europe from Ireland to Greece and from Spain to Ukraine had the opportunity to share their experience and to consolidate their common ground.

During the meeting, 3 main orientations were identified.

The seminar made the diversity of the access to land-movement tangible, with a multiplicity of actors, a large variety of tools and a myriad of modes of action: community investments, consumer groups, occupation groups…etc. But the original commonality for all movements remains the endless struggle against land grabbing of multiple natures. Rosia Montana, Somonte, Notre-Dame-des-Lands, A45, Marinaleda… The list of all the ongoing mobilisations to defend rights of peasants and cultivated land in an era of sharp decrease of both agricultural land and population is long.

The stories heard during the seminar often start with very basic questions like: “Is it acceptable that the local organic farm is being sold to a big maize monocrop farm ?” or “Or how is it possible that in the region around our megalopolis we have only 47 organic family farmers ?” Many of the citizens who are now well-respected experts on the topic started with concrete grassroots level action and then increased their skills, knowledge and experience. Many of them have been involved in a transition from a temporary struggle to fight against the misuse of land towards a permanent struggle to build alternative land use and ownership and stewardship models. Some really want to consolidate these models as a profitable business, but most refer to the general interest as their guiding principle. Everyone agrees that managing farmland implies managing the Commons. 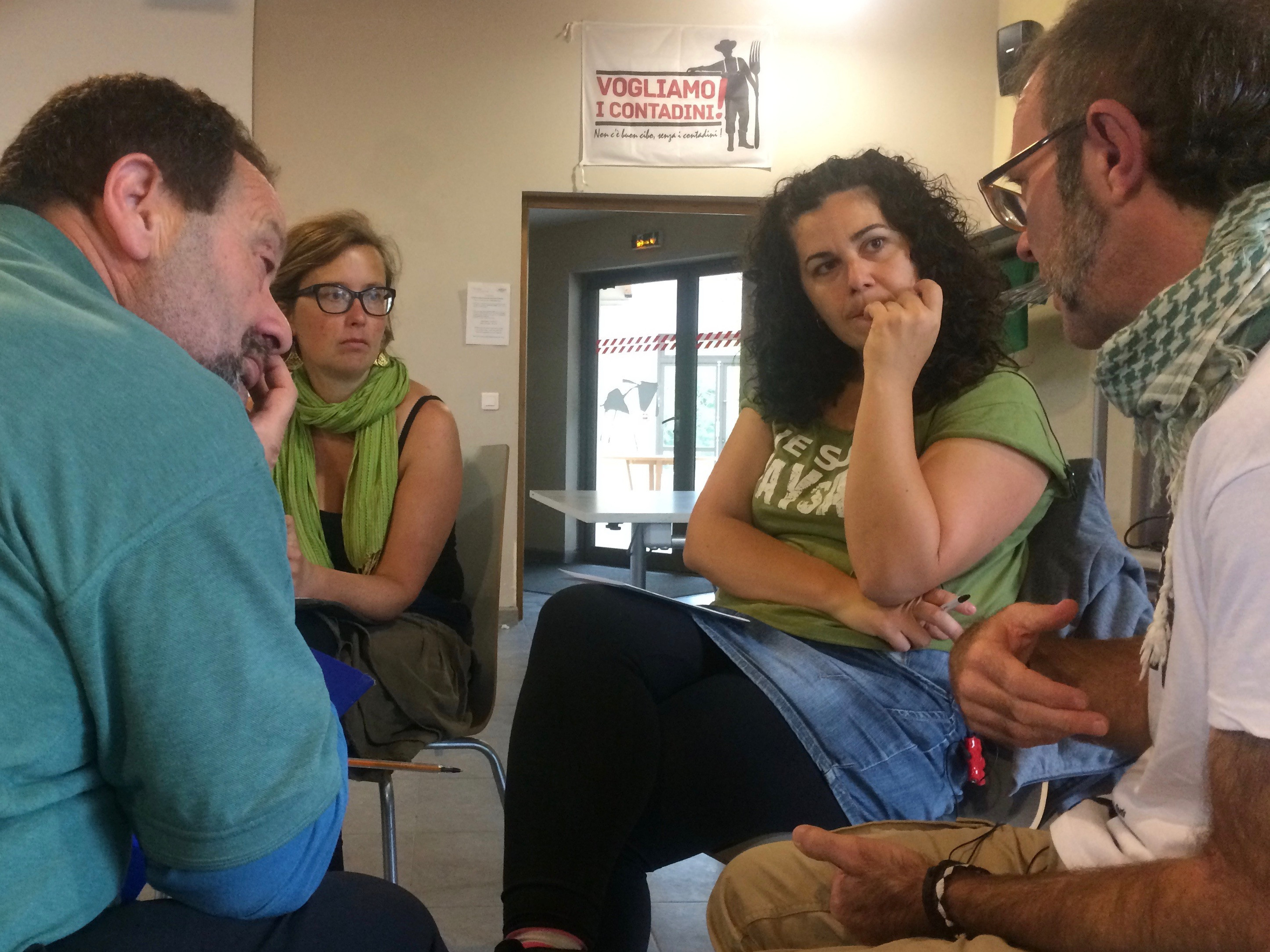 Although their paths and the contexts and origins are highly diverse, and even if the seminar was not designed to build positions on public policies, all of the participants seemed to agree on a few concrete demands.

The first is for increased transparency on land acquisition markets to stop the ongoing financialisation. The “share deals” is a growing and worrying phenomenon. It allows land ownership to change without selling the land itself. “Only” the shares of the holding company change hands. According to many of the organisations represented in Villarceaux, there should be greater exchange of information at the level of the European Commission, under the umbrella of a specific European Land Observatory. The objective would be to make these “share deals” visible and to allow the interventions of land regulation agencies. This basically only requires cross-checking data extracted from 3 major databases that already exist in each Member State at European level (land owners, registered farmers and company shareholders). Aggregating this data would enable tracking of the large-scale corporations or land trusts that are buying land in multiple countries. This would also be in line with the Money Laundering directive of 2015.

The second demand is to call for a European Union Land Directive, that would recognize the specificity of access to land as a fundamental human right, as stated in the article 17 of the UN Declaration on the Rights of Peasants, adopted in December 2018. Thus, the Land Directive would require the Member States to implement a set of measures to improve the governance and the regulation of land markets. An excellent example of a positive policy change at the international level is the Voluntary Guidelines on the Responsible Governance of Tenure of Land.

The third demand is for an evolution of the legal framework of land ownership and stewardship, taking into account that land should be considered as part of the Commons. The EU Water Directive was mentioned several times as a potential matrix to generate a new Land Directive. Changing the legal framework is crucial in a period when the agroecological transition is characterized by the development of private norms, while public norms are slow to follow.

As Didier Loufrani, a French AMAP activist also involved in the local land trust initiative Terre de Rivières, stated: “It looks like we all share the general feeling that we are doing something our governments should be doing: defending the Commons, fighting for the common good”. Jolke de Moel, a Dutch CSA farmer, added: “This is why the Rights of peasants are not only the farmers’ affair. This is why the issue of transparency on the land use market concerns more than the farmers only. This is why access to land is also the business of all of us”.