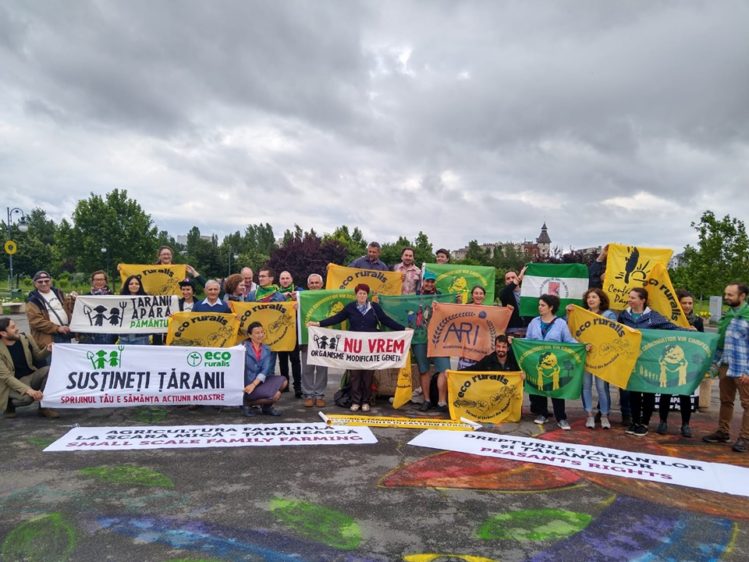 The first objective was to foster exchange between Food Sovereignty actors from the Eastern European and Central Asian region. As such, it was perhaps the first of its kind. Participants from Bulgaria, Croatia, the Czech Republic, Georgia, Greece, Hungary, Kyrghizstan, Moldova, Poland, Romania, Turkey and Ukraine had the possibility to exchange with each other on advocacy processes at national and regional levels. “It was really important for me to be part of this meeting. I learnt a lot about key campaigns I barely knew about before joining, like the Decade of Family Farming for example”, said Tomas Uhnak, a representative for the Czech CSA network Ampi. Tomas has also been part of the advocacy capacity building project for CSA networks, called “Voices for CSA”. He says he will bring a lot back to the Voices partners. One of the main topics on the table was the UN Declaration on the Rights of Peasants (UNDROP), which was adopted by the Committee on Human Rights in December 2018. 121 States voted in favour of the Declaration, 54 abstained (including a lot of EU Members States), 8 against. This adoption was the result of a decade of hard work by food sovereignty advocates at the UN and FAO level. Many of the participants realized that this declaration could become a pivotal element of the campaigns and actions to come, both at national level and in the East European and Central Asian region. The strategic Nyeleni Europe meeting was also an opportunity to present the initiatives led by the FAO Regional Office for Europe and Central Asia. There are 3 initiatives: the first on “Empowering small-holders and family farms for improved rural livelihood and poverty reduction ”, the second on “Improving agri-food trade and market integration”, the third on “Sustainable natural resource management under a changing climate”. The meeting participants discussed how to ensure the movement’s participation in all three initiatives. 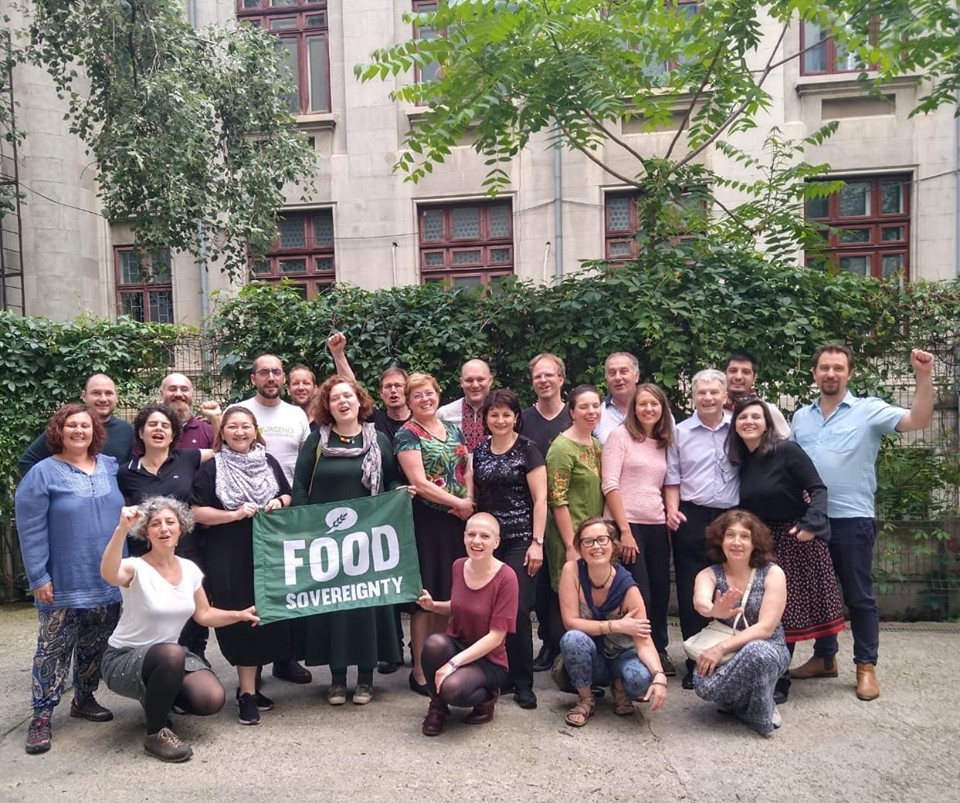 The second objective was to provide a space for interaction with the EU institutions, as Bucharest was the venue for a European Council of Ministers of Agriculture on the 3rd of June. The previous day, EcoRuralis, the Romanian member of the worldwide family farmers’ union La Via Campesina, organized a Public Conference called: “Looking beyond the European Common Agricultural Policy: How can human rights prevail over economic interests in public policies for food and agriculture?”.

Guilherme Brady, Coordinator of the FAO Civil Society Organisations’ team, underlined the link between the Decade of Family Farming and the UNDROP. The farmers were represented by several leaders from the European Coordination Via Campesina. Other constituencies (Indigenous People, fisherfolks, consumers, researchers, urban poor) were also represented on the stage or in the room, and the point was made that the UNDROP is definitely not only farmers’ business, but also matters deeply for the rest of the society.

The international conference also provided a space for exchanges with an officer from the Romanian Ministry of Agriculture, representing the Romanian Presidency of the EU, as well as with Rudolf Mengele, from DG Agri of the European Commission. Mr. Mengele did his best to defend the proposal made by the European Commission, that is yet to be approved by the new European Parliament and implemented by the Member States. He also tried to convince people that the European Commission was doing a lot in terms of common market regulation and market transparency. Mr. Mengele used the planned creation of an observatory of agrifood prices as an example: “We know the price at farm gate, we know the price in the supermarkets, but we don’t know enough about where the money goes in between”.

However, Mr Mengele failed to fully convince the audience. One reason is that he did not manage to provide evidence of the Commission’s commitment to consistent environmental and social objectives. On the one hand, Mr Mengele said he would do anything to avoid a repetition of the last CAP Reform’s experience, where the substance of the greening proposed by Commissioner Ciolos (who is now a front-stage political figure in Romania) was removed. On the other hand, he could not really explain how to make sure this actually happens. 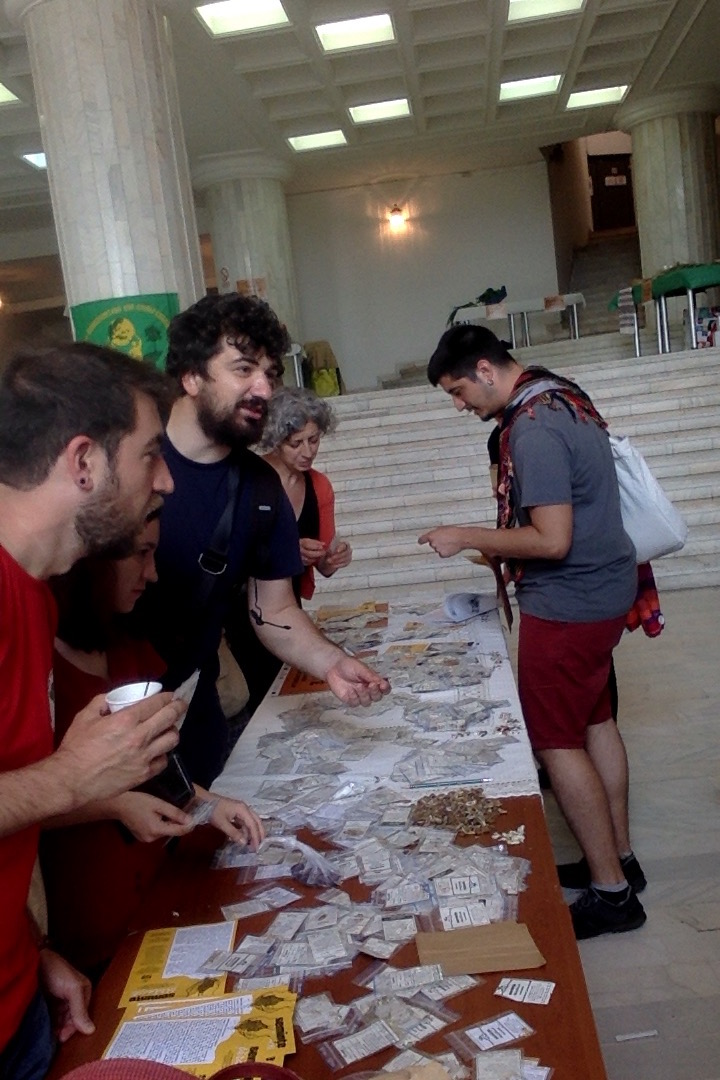 A key element of the Commission’s proposal is the re-nationalisation of the CAP. The Commission has established 9 rather general objectives. The Member States will draft national strategic plans to implement these objectives. Even if we would like to see the Member-States to go much further than the Commission’s proposal, this is rather unlikely. At least we hope the Commission will ensure that the Member States don’t do less than expected. But how is the Commission going to do this? The eco-conditionalities already lack ambition; the eco-schemes are more or less voluntary; the eco-schemes are allocated on an annual basis, when actually long term support is necessary for the social and environmental benefits to be tangible… etc.

How is the Commission going to evaluate whether the national strategic plans are ambitious enough from a social and environmental point of view, when absolutely no specific quantitative or qualitative criteria have been established at the EU level? How can we guarantee that different stakeholders are really involved? Mr. Mengele mentioned the creation of an annual monitoring process, and the possibility of sanctions. However, the overall reaction to the representative from DG Agri was a rather uneasy. In an increasingly deregulated market economy, the CAP does sometimes look like a lifebuoy thrown to drowning people. We need a different future. Small-scale family farmers must play their part in fighting climate change. Their rights should prevail over the current EU religion of “competitiveness”.

The third objective was to ensure the voices of peasants are heard by the Ministers of Agriculture of the European Union: a demonstration in front of the Romanian parliament was organized on the 3rd of June. “Drepturile Țăranilor !”, “Peasants Rights!” was among the key slogans of this colorful and peaceful demonstration. This message was well communicated thanks to the presence of several media staff covering the event.