vember 22nd 2015, during the General Assembly of the URGENCI international network, delegates proceeded to the election of the Board ‘International Committee’ members. There are 8 elected members, which appointed a president of honour and 4 special envoys.

IC members are elected for 2 years, until the next General Assembly.

PRESIDENT: Judith HITCHMAN, Ireland/France, was Urgenci International CSA network’s advocacy officer since 2010. She is now Urgenci’s new president. She has been very active in promoting the CSA cause in international food sovereignty and solidarity economy arenas. She represented Urgenci in the Civil Society Mechanism of the U.N. Committee on Food Security from 2011 to 2015, as well other many activities. She has taken position on a number of issues that are important for CSA producers and consumers all over the world. Her report about the way CSA is increasingly identified and supported by some of the international institutions, but also increasingly targeted by corporate lobbies could be a key element in demonstrating the need for stronger CSA networks.

VICE-PRESIDENT: Shi Yan, Beijing, China. In 2007, as a graduate student, Shi-Yan spent 6-months at a CSA in Minnesota, then returned to Beijing and initiated Little Donkey CSA.  In the 5 years since, Little Donkey has grown to include 260 families who have garden plots at the farm and 500 member families who receive weekly farm shares. In 2012, Shi-Yan has gone on to organize a second Beijing CSA: Big Buffalo CSA. She and her partner Cumwang Cheng have also translated into Chinese Sharing the Harvest: A Citizen’s Guide to Community Supported Agriculture, Farmers of Forty Centuries and Slow Money. In 2015, Shi Yan and her team organized the 6th International CSA conference, together with the 7th national CSA conference in Beijing.

SECRETARY: Kiera MULVEY BULAN, USA, is the former Executive Director of Fair Share CSA Coalition in Madison, WI, USA, a network of 50+ CSA farms and members working on outreach, education, and advocacy. Kiera is passionate about food, farms, and our collective efforts to build a vibrant local food system. Kiera’s work as a teacher, farmer, urban agriculture educator, and organizer, motivates her to strengthen community connections and infrastructure to support local farmers and empower individuals to create lasting change through food.

Since leaving that position (& Wisconsin), she’s been doing consulting work with regional non-profit organizations in Maine and New York state working on program and financial development. Her family is about to relocate (again!) to North Carolina with a three year old and a 5 week old, both boys…

TREASURER: Denis CAREL, France, is a cheesemaker at the Fromagerie des Vallons in southern France (Provence), Denis was one of the very first farmers to go for the CSA model in his country: Association pour le Maintien d’une Agriculture Paysanne. A Farmers’ Union activist, he has been among the leaders of the regional and national AMAP networks for almost 10 years. He has conducted several cooperation missions on cheesemaking, including one in Mongolia in 2012. He’s now progressively handing this activity to his son, and intensively learning English for his new international vocation.

Josefina CENDEJAS GUIZAR, Mexico, is an academic at the Universidad de Michoacán, who is very active in the REDCOOP cooperative movement, and in the RIPESS, the Intercontinental network of Social and Solidarity –based Economy.

TODZRO Anoumou Komi Simon, Togo: A genuine (organic) globetrotter, Todzro A Komi, from Togo, has been part of various organic farmers’ training programmes, in Europe all through the eighties and nineties. This includes a 2-year-long training program in Switzerland, with Helvetas, and long trainings or working period in France, Germany and the Netherlands. Simon is trying to pass his knowledge and his experience in organic production techniques to younger producers in his home country. He has created several incubators to get young farmers started.

After working to establish “public participation” for local ecological agriculture and welfare enhancement support program of famers, completed co-research about rural ecological agriculture under with Xi’an Jiaotong University of China for two years under the mission of Japan Foundation. Started the education program for sustainable local agricultural development in Asia from 2008 in Japan. Recently tried to establish a partnership between urban and rural residence, create shared value of Agricultural Economy.

Andrea CALORI, Italy: Milan Food Policy Project Manager since 2014, Andrea is an associate professor in urban planning at Polytechnic in Milano. Additionally, he has been working for several years now as a consultant on local food systems for municipalities in Europe and Latin America. His specialization is on designing food hubs and mapping to facilitate the connections between producers and consumers. Andrea can document the useful connections between public agencies and CSA networks. He is also one of the leaders of the GAS movement in Italy (GAS stands for Gruppo di Acquisto solidale, the Italian version of CSA) and, as such, was elected president of the International Committee of Urgenci in February 2010 in Kobe, Japan and re-elected in January 2013 in Monterrey, USA.

PRESIDENT OF HONOUR: Elizabeth HENDERSON, NY, US, farmed at Peacework Farm in Wayne County, New York, producing organically grown vegetables for the fresh market for over 30 years. She is a member of the Board of Directors of the Northeast Organic Farming Association of New York (NOFA-NY), and represents NOFA  on the Management Committee of the Agricultural Justice Project. In 2009 NOFA-NY honored her with a Lifetime Achievement Award.  Her writings on organic agriculture appear in The Natural Farmer and other publications, and she is the lead author of Sharing the Harvest: A Citizen’s Guide to Community Supported Agriculture (Chelsea Green, 2007). She also wrote A Food Book for a Sustainable Harvest for the 300 members of the Genesee Valley Organic Community Supported Agriculture Project (GVOCSA) in its twenty eigth year in 2016.

Isabel ALVAREZ VISPO, Basque country – Advocacy officer: Originally a teacher specializing in migration and working with children of seasonal agriculture workers, she’s been engaged for 8 years now on the food sovereignty issue. She started working with an NGO for development cooperation, developing projects on consumption and food sovereignty. At that time she founded with other partners a consumer cooperative in Vitoria ( Basque Country, Spain) This cooperative was a restaurant that operated under the criteria of the local, organic and fair trade products. Since 2010, she works for the EHNE Bizkaia farmers union (that is part of COAG and La Via Campesina), developing Nekasarea, a network of groups of food production and consumption, and working on the field for training and gender sensitization. She participates in the working group on “Common Goods” of La Via Campesina Europe, mainly on the issue of peasant seeds. She’s now representing URGENCI at the Committee on World Food Security (CFS).

PERENYI Zsofia, Hungary – Special Coordinator on Education and Training activities: International project coordinator and expert at TVE (Tudatos Vasarlok Kozhasznu Egyesulete, Association of Conscious Consumers) since 2009, Zsofi has an extensive experience in environmental education programmes and is in charge of developing the CSA project in Hungary. Graduated as agricultural environmental management engineer, she’s an active Board member of the European Network on CSA and Distribution Systems for Food Sovereignty since 2012 and of the Hungarian Food Sovereignty Network (2011). In 2013 facilitated more than 5 workshops and gave several presentations about CSA.

IRION, France/Portugal, Special Envoy for institutional relations: Samuel is one of the founders of Urgenci. He was the first President of the International Committee when the network was created in 2006 and until 2008. He was then appointed as Special Envoy for the institutional relations. Samuel has a past as Social Cohesion Officer for the Council of Europe. After he retired a few years, he has been busy creating an Ecocenter in Portugal.

Fergal ANDERSON, Ireland, in charge of liaising with the Via Campesina: After graduating from University with a 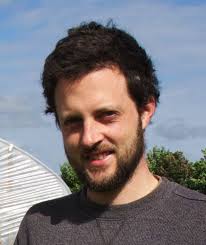 degree in History, Politics and Sociology he moved to Brussels to occupy a full time staff position in the offices of the European Coordination Via Campesina in 2009. However, the urge to swap the computer keyboard for the spade accompanied him throughout his time in Brussels, and he has now moved back to Ireland to develop a CSA on five acres of his family’s land in the West of Ireland.