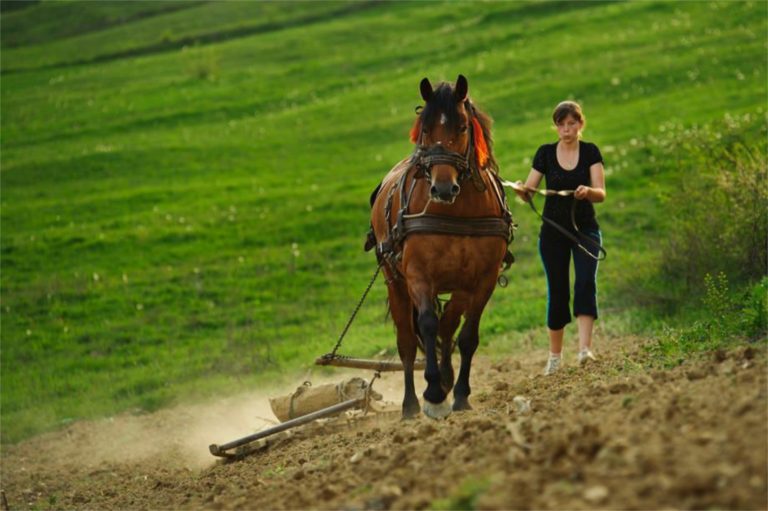 29 March 2019 – Sustainable small farmers should be put at the core of EU agricultural policy, according to a new paper released today by the Nyeleni Europe and Central Asia Platform for Food Sovereignty [1]. The strongly documented publication comes ahead of a key vote in the European Parliament’s Agriculture Committee in early April, and represents the position of a pan-European coalition of farmers, peasants, pastoralists, fisherfolk, Indigenous Peoples and environmental organizations in regards to the EU’s Common Agricultural Policy (CAP).

The report highlights the alarming situation in rural areas and in the food system in the EU: Between 2005 and 2016, the number of farm holdings under 50 hectares fell by 29.4%. Over 4 million holdings disappeared in just 10 years. Increased numbers of seasonal, and often migrant workers suffer appalling working and living conditions.

Pollution linked to agrochemicals continues to have a negative impact on public health – chemical residues are found in food, nitrate and phosphorus run-off pollutes water and soil. High levels of antibiotic use in animal farming leads to antimicrobial resistance. Around 88 million tons of food waste is generated per year, as a result of the industrial food chain.

CAP has made the EU extremely dependent on cheap imports from regions with far lower environmental and social standards.

“With the world facing multiple environmental and social crises, many of which are directly linked to how we feed ourselves, EU politicians need to listen to small-scale sustainable farmers who can help fix the climate crisis and the breakdown of the natural world. The food systems they create provide healthy, affordable, and local food for consumers, respects nature and climate, and create safe and dignified employment.”

Laying out the part of the report focused on what is needed from the CAP for this transition to be successful, Genevieve Savigny, farmer and representative of the European Coordination Via Campesina, says “the CAP must provide small-scale sustainable producers with the adequate political, economic and social support they need. This implies fair prices, setting a capping for direct payments and a redistribution of aid. Currently, less than 2% of CAP beneficiaries receive 30% of the total budget of direct payments. This must change. More money for rural development and a collective approach of projects where peasant agroecology is promoted must be put forth. And for our youth? Support to new farmers during the first years of their activity is essential.”

“This report also shows the environmental and social benefits of new, local partnerships between producers and consumers. It comes right in time to show that a new social contract between food producers and the societies they feed is highly awaited and urgently needed”, says Judith Hitchman, from URGENCI, the international network of Community Supported Agriculture movements.

The Nyeleni Europe and Central Asia network urges the European Parliament’s Agriculture Committee to vote in favor of a coherent CAP for people  and nature. This means voting for capping payments to big farms, and the maximizing redistribution of direct support to small and medium farms; a move that would send an unwavering signal that land concentration and expansion are not the way forward.