REKO – a winning concept in Finland! 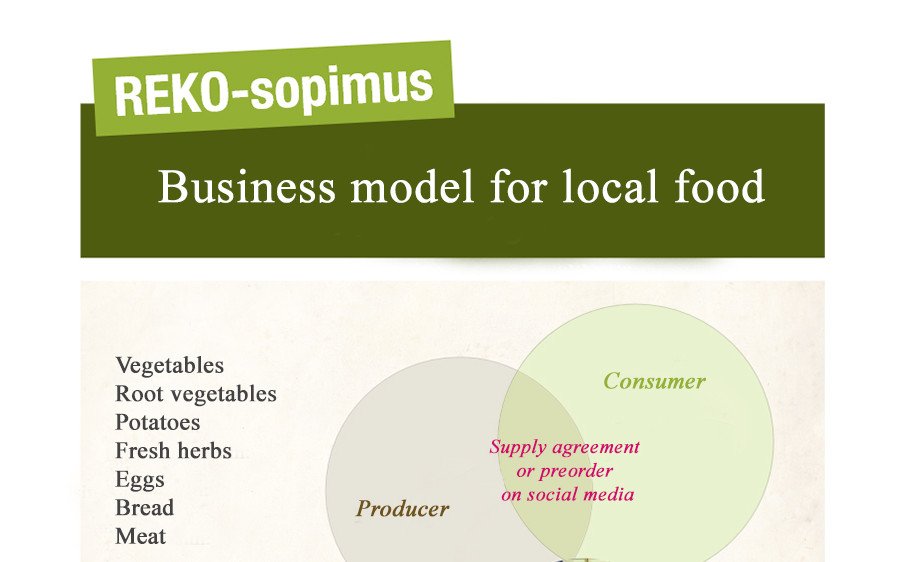 REKO has in a very short period became a great success in bringing producers and consumers together, and at the same time created local networks and logistics for locally produced food.

During the last 30-40 years, direct selling from producers to consumers has significantly decreased in Finland. Since a few years ago the demand of local and organic products have gone in the opposite direction. Consumers have screamed about this almost without any answers.

When I visited France in November 2012, I was introduced to the AMAP-system. I directly saw the potential for something similar in Finland.

We started two so-called REKO circles at Jakobstad and Vasa, both situated in the Swedish speaking area of western Finland. Differently from other similar projects we use social media as platform. This makes the handling very easy. At first we worked with written contracts between producers and consumers, similar to AMAP, but after a few months the producers declared that they were ready to make delivery based business.

A REKO-circle is based on a closed FaceBook group. The producers and consumers that want to participate ask for membership in this group. The administrators, often a small group of consumers, accept the applications from serious persons and the business can start.

Normally, delivery is every week or every other week, depending on the size of the group. For every single delivery the producers that like to participate make an announcement on FaceBook and the consumers start to put orders as comments under the announcements. The producers mention also their wishes for payment. It can be cash, credit card or bill.

When a REKO-circle has started, running it almost takes care of itself. Normally the only thing that the administrators have to do is to accept applis from new members and decide the delivery dates. And best of all: no-one has paid a single cent to participate. It’s totally free for everyone!

The very first REKO-circle delivery started at Jakobstad in June 2013 and a month later at Vasa. These two circles were the only ones running during the first year and it took time to implement the idea among consumers and get it known. At the end of 2013, we had 400 active consumers in these two circles. During 2014 our project became known around Finland and new projects started. At the end of the year, we had 27 REKO-circles in Finland with 12 000 consumers involved. A growth of 3000 percents! This has continued so at the beginning of February 2015 we have 39 circles and more than 19 000 members.

The turnover is a little bit hard to estimate but if the situation at Jakobstad in 2015 should be spread all over Finland, it would mean about 60 million euro on a national level!

by Thomas Snellman, the REKO-man in Finland