提携- Teikei in Japanese means “cooperation”, “joint business”, or “link-up”. In reference to CSA, it is commonly associated with the slogan “food with the farmer’s face on it”! It is made up with two characters that make an action: to give one’s hand.

The Japan Organic Agriculture Association (JOAA), founded in 1971, describes teikei as “an idea to create an alternative distribution system, not depending on the conventional market. Though the forms of teikei vary, it is basically a direct distribution system. To carry it out, the producer(s) and the consumer(s) have talks and contact to deepen their mutual understanding: both of them provide labor and capital to support their own delivery system…. Teikei is not only a practical idea but also a dynamic philosophy to make people think of a better way of life either as a producer or as a consumer through their interaction.”

Urgenci chose to name its newsletter “TEIKEI” after the Fukushima nuclear disaster, as a tribute to the Japanese teikei farmers and people. 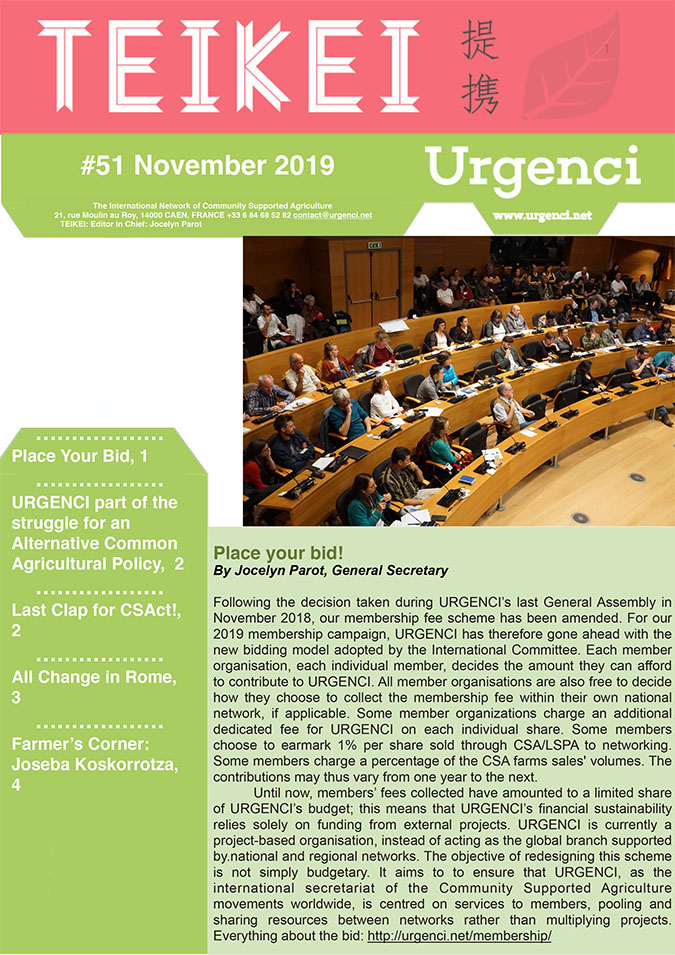 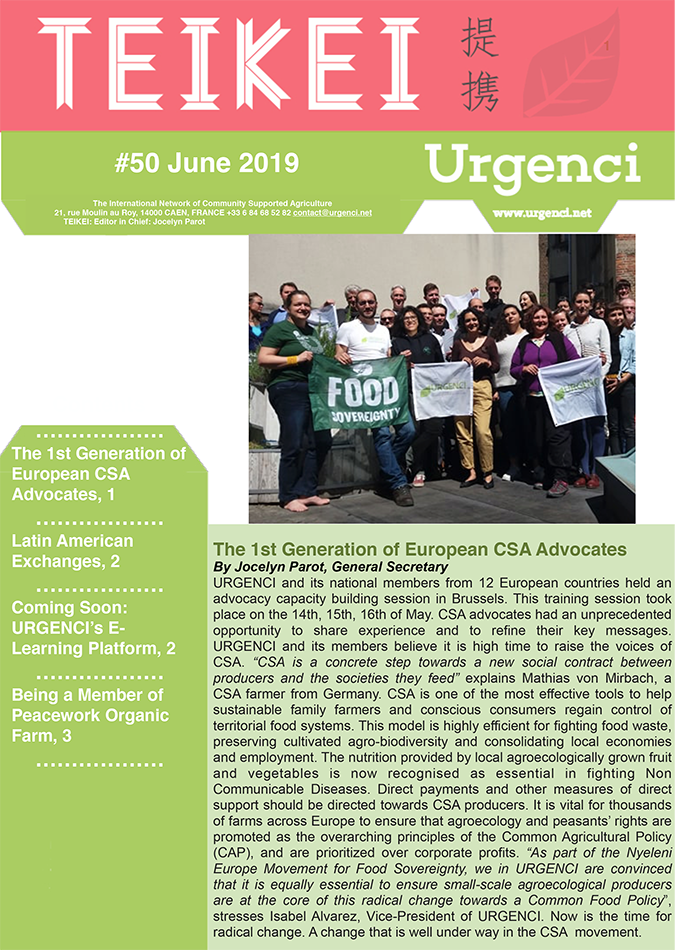 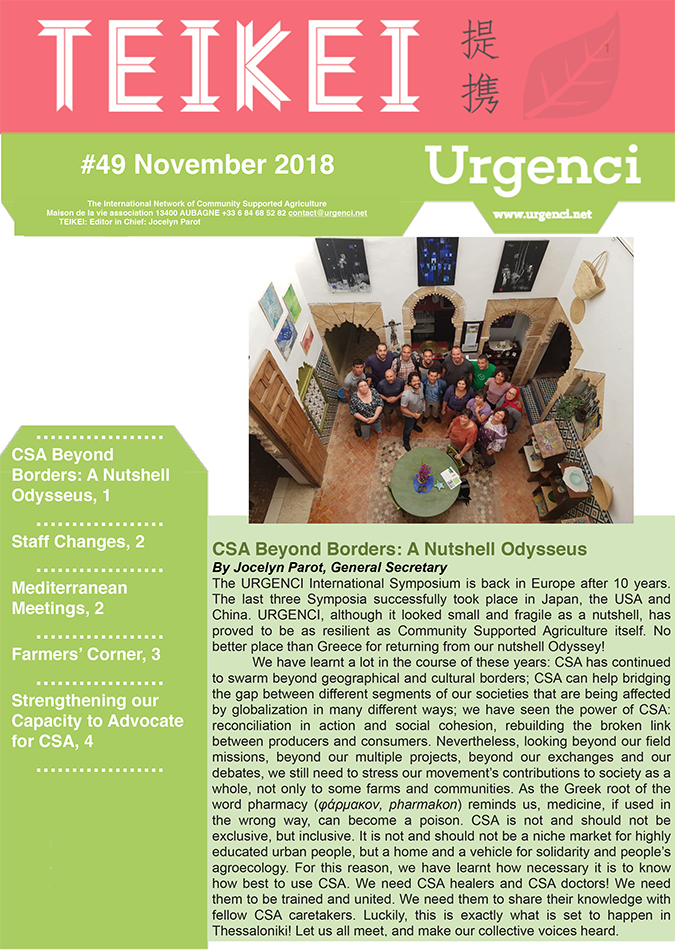 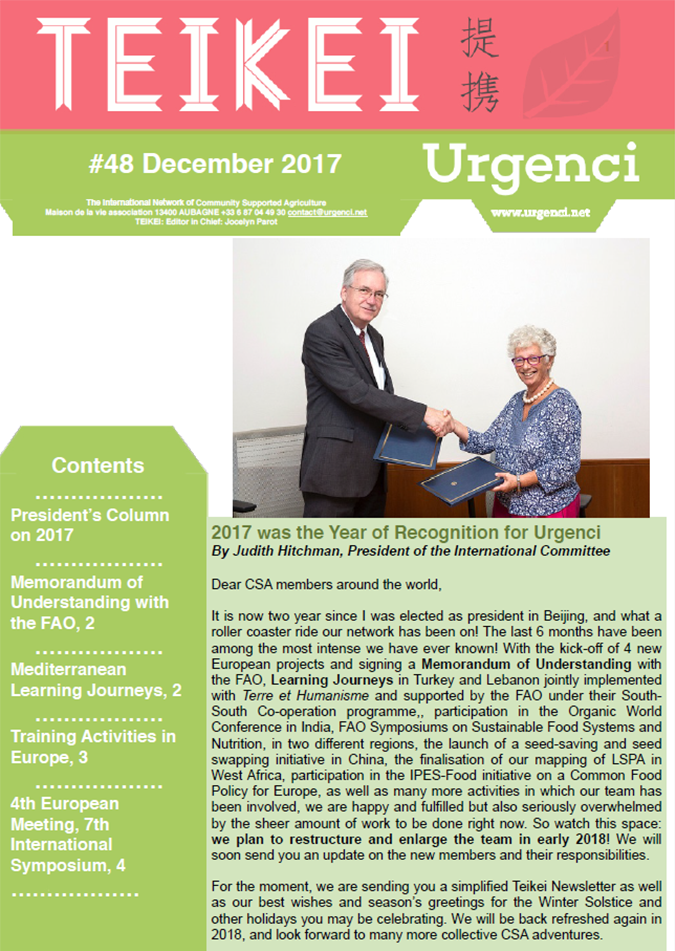 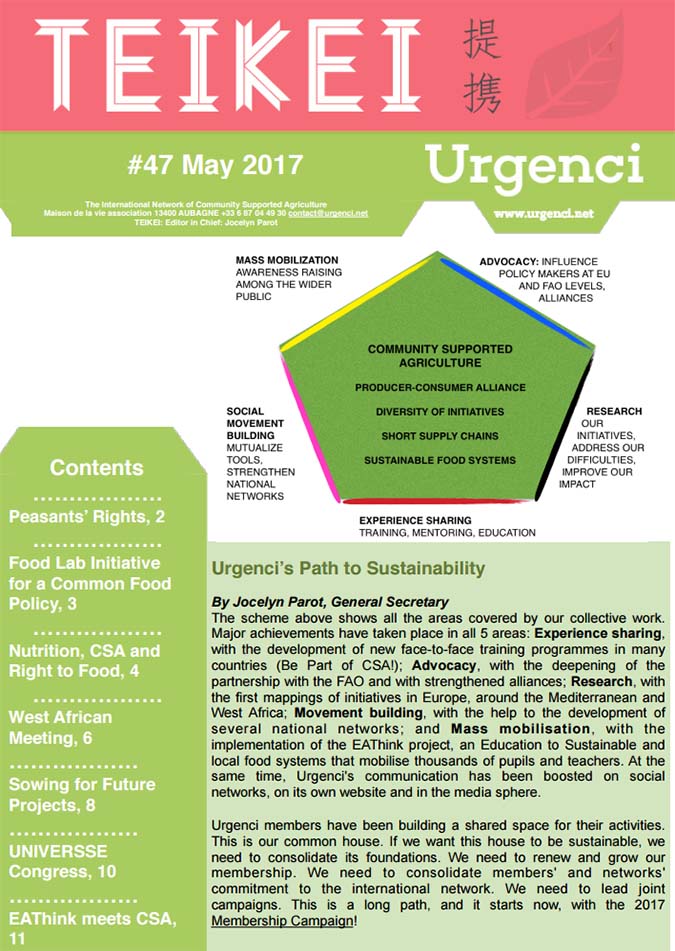 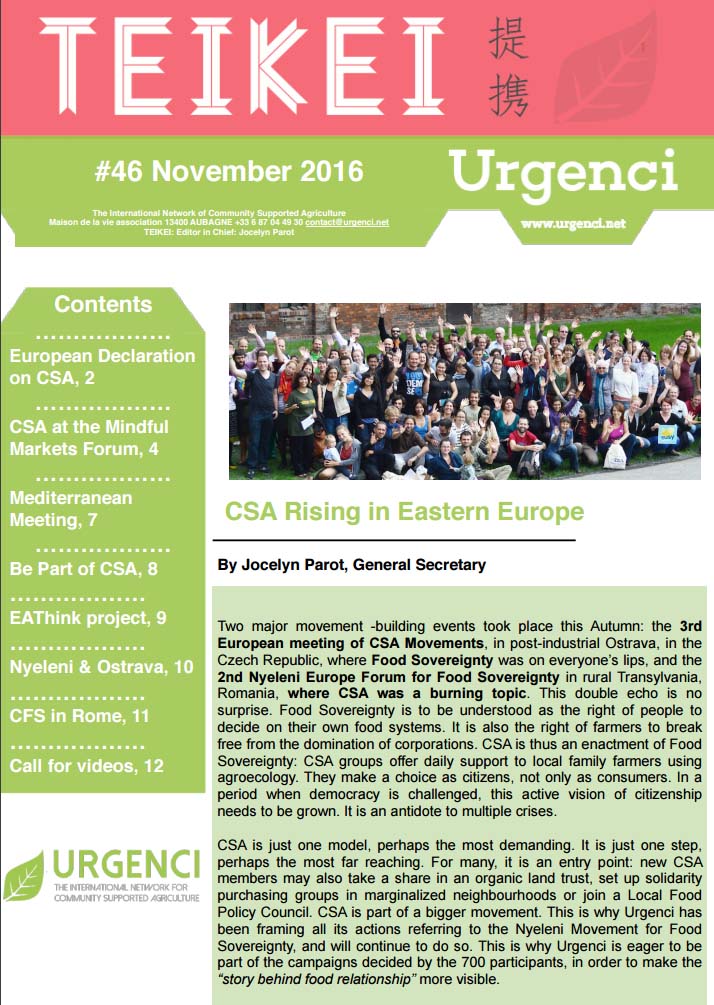 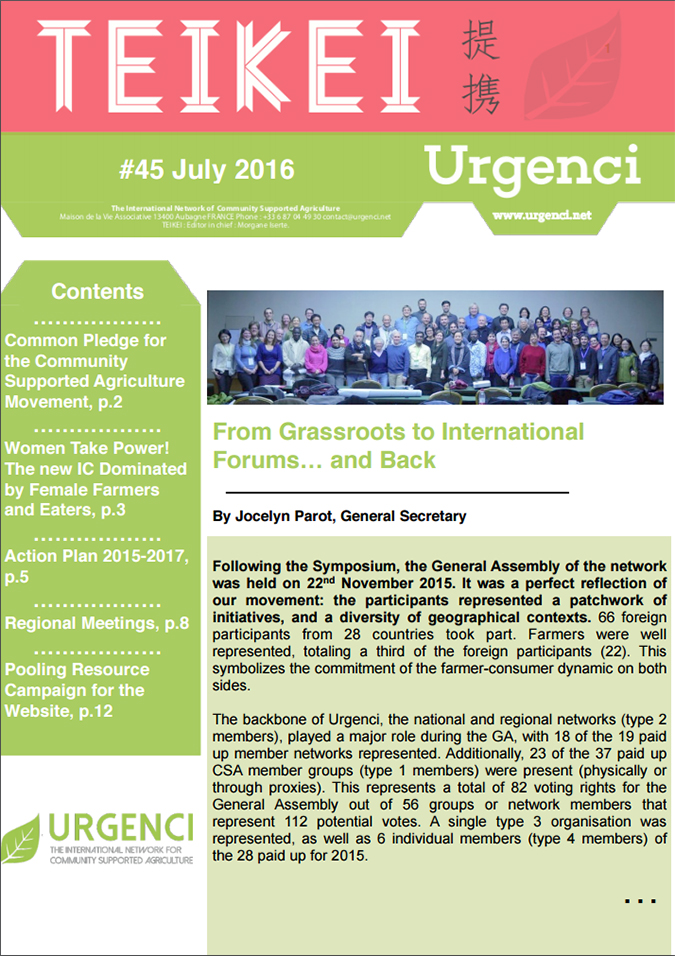 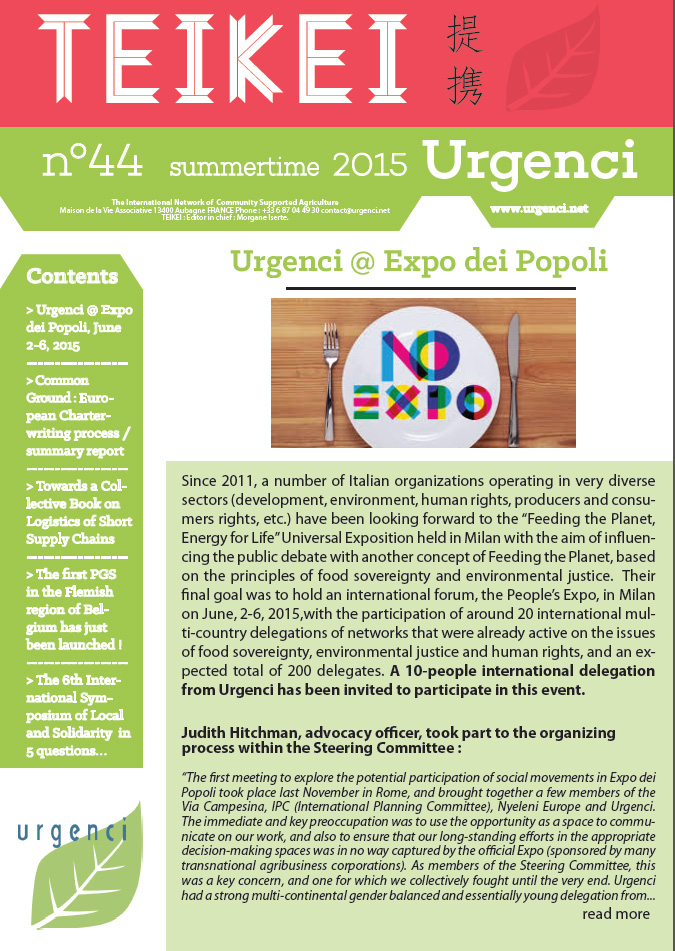 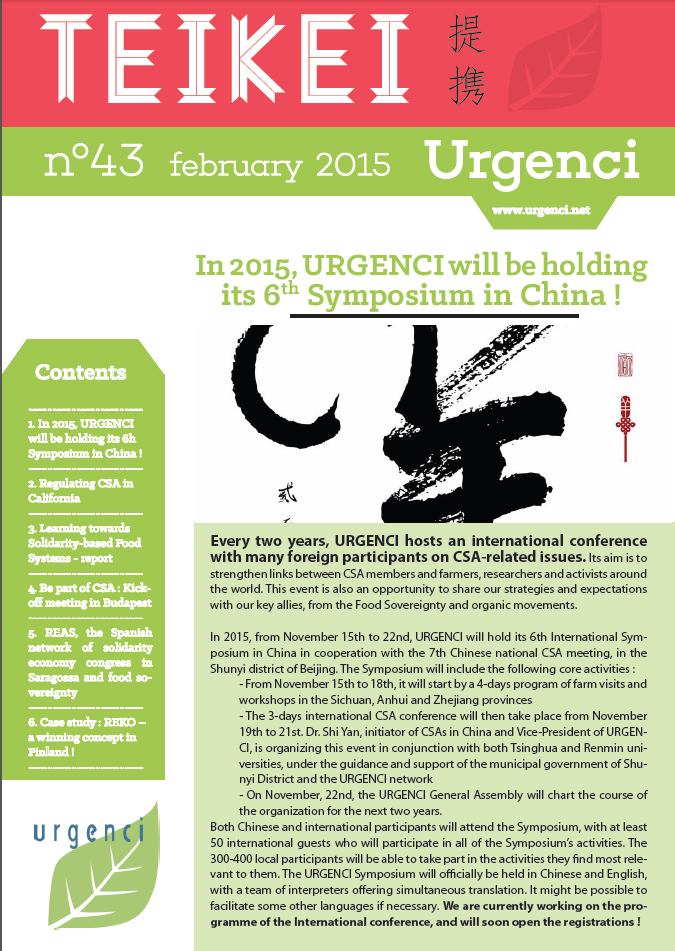 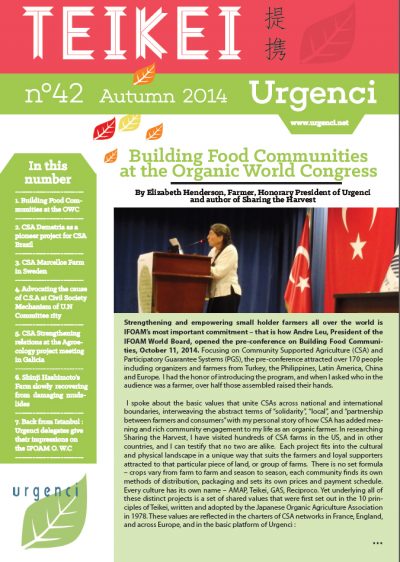 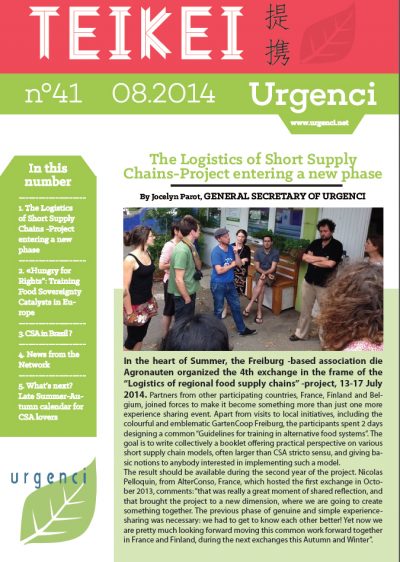 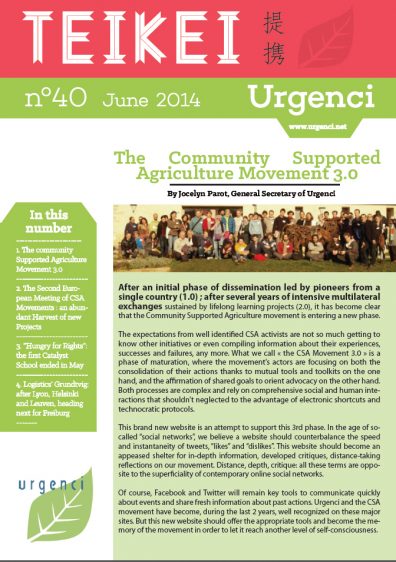