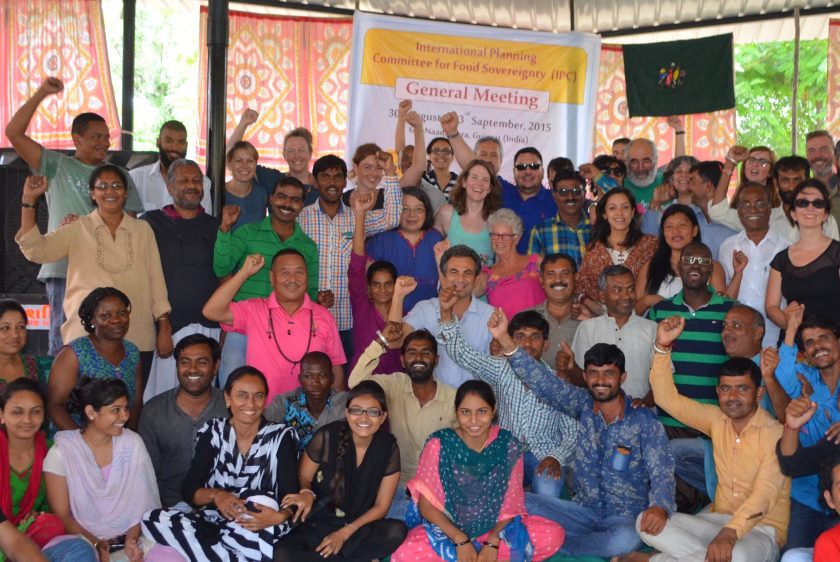 Small scale food producer organisations organized through the International Planning Committee for Food Sovereignty (IPC) met in CopNaad, Mera in Gujarat, India to have their General Meeting and discuss future strategies and actions around agroecology, land, seeds, climate and trade. The meeting was hosted by MARAG and the nomad pastoralists of Gujarat, which are articulated in the global organisation WAMIP.

The participant food producer organizations denounce the seizing of the Gujarat grazing territories and waterways by the multinational Suzuki and show solidarity for the pastoralists’ struggle to recover their land, and demand that the State of Gujarat recognise and guarantee the Maldharis’ (pastoralists) right of access to land.

The organizations  reaffirm their common objectives and principles for Peoples’ Food Sovereignty and commit to:

The meeting recognized CFS as the central space in the UN system for food and agriculture policies and  FAO as an important space to struggle for better public policies for food and agriculture and for the people working in it. The meeting urged FAO to renovate its role of providing a full participation of CSOs and Social Movements at global, regional and national level and further reinforce their efforts to support and implement initiatives and public policies towards food sovereignty.

The organizations also denounce the false solutions that will be imposed at COP 21 UNFCCC, that will take place in Paris from 30th November to 11th December 2015. We reject ‘climate-smart agriculture’ and any other instrument of the ‘green economy’ as solutions to the climate crisis as well as any other attempt at strengthening agribusiness instead of agroecological models. Governments must support Agroecology within the framework of Food Sovereignty, the real solution to the climate crisis.

At the same time, we denounce the renewed attempts by the WTO to stop States from passing policies and public procurement to eradicate hunger and poverty. We continue to strongly believe that the WTO is an organisation that imposes free trade regulations to concentrate more wealth in the hands of just a few ‘developed’ countries and TNCs. We reiterate that the WTO is an institution devoid of legitimacy that is trying to resurface through the Bali Package threatening food sovereignty and the future of peoples and of the planet.

The  organizations’ call for action to push for agroecological production commits to keep on defending  land,  water and forests, for the recognition of the Peoples’ Food Sovereignty and to put an end to the WTO and the tyranny of the “free market”.