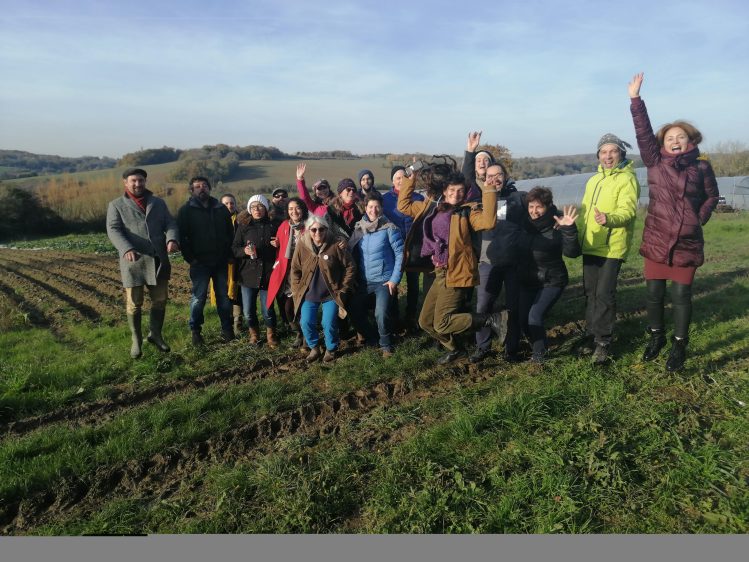 « How to change the legal frame in a way that would reinforce the Community Supported Agriculture initiatives instead of endangering them ? Do we need official recognition or is it better to operate underground ? » Those were among the key underlying questions structuring the debates during the closing meeting of the project called « Voices for CSA ».

20 participants from 10 different countries, from the Netherlands to Greece and from Spain to Romania, took part to the meeting.

During this short project (16 months only), well anchored policymaking processes could be initiated in most of the countries at stake. « Thanks to this project, I could understand better the complexity of the policymaking processes and I got to hear from inspiring experiences », explains Tomas Uhnak, from Ampi, the CSA network in the Czech Republic. « It was also great to have a chance to test some of our advocacy techniques through alternative learning methodologies like the theater of the oppressed », adds Noëmie Pennec-Amrane from the Paris area CSA network, Amap-Île-de-France.

The meeting was hosted at the Bergerie de Villarceaux, thanks to the support of the Charles-Leopold Mayer Foundation, which allowed a rich visit to the Amap farm run by Sophie and Rémy, in Vienne-en-Arthies. The farm is producing vegetables for 120 shares and also hosts Rémy’s bakery. The visit was a strong element of keeping the exchanges down-to-earth : the new generation of CSA advocates wants to stick to the grassroots realities and to serve the movement.

During the meeting, progress was also made towards stabilizing a consolidated Strategic Advocacy Workforce (STRAW) and towards further research projects.

Beside training sessions and practical exercises, the main legacy of the project is a new manual, Guidelines for CSA Advocates, written by the project’s participants, which will shortly be published in at least 6 different languages (available on the hub: https://hub.urgenci.net/advocacy/).

Closing the Voices for CSA -project does not mean shutting up, quite the contrary !