Monday 25 October 2021, Pleine Mer and its partners published a study that revealed the extent of the industrial fishing scandal. How did a handful of millionaires get rich by monopolising European quotas? How did two Dutch industrial fishing giants take control of French and British industrial fishing, increasing tensions around BREXIT? What is the complicity of the European Commission and the Common Fisheries Policy? These are the questions addressed in this report. It took several months to write this study, which is the result of a collaboration with the Transnational Institute and the international network URGENCI. The study reveals what the shareholders of the giant trawlers wish to hide: illegal fishing practices, lack of control, quota fraud, and aggressive lobbying, all subsidised by the European Union.

Thibault Josse, coordinator of Pleine Mer and co-author of the report, explains: “Multinationals such as Cornelis Vrolijk and Parleviet van der Plas have taken advantage of quota liberalisation in the Netherlands to accumulate fishing rights and capital. In recent years, many French, English and German fishing companies have been bought up by these industrial giants, who are grabbing more and more quota to feed their giant trawlers that can fish up to 200 tons per day. Without a massive mobilisation of citizens, European artisanal fisheries risk disappearing in the next few years, replaced by a few super trawlers that make millionaires rich. 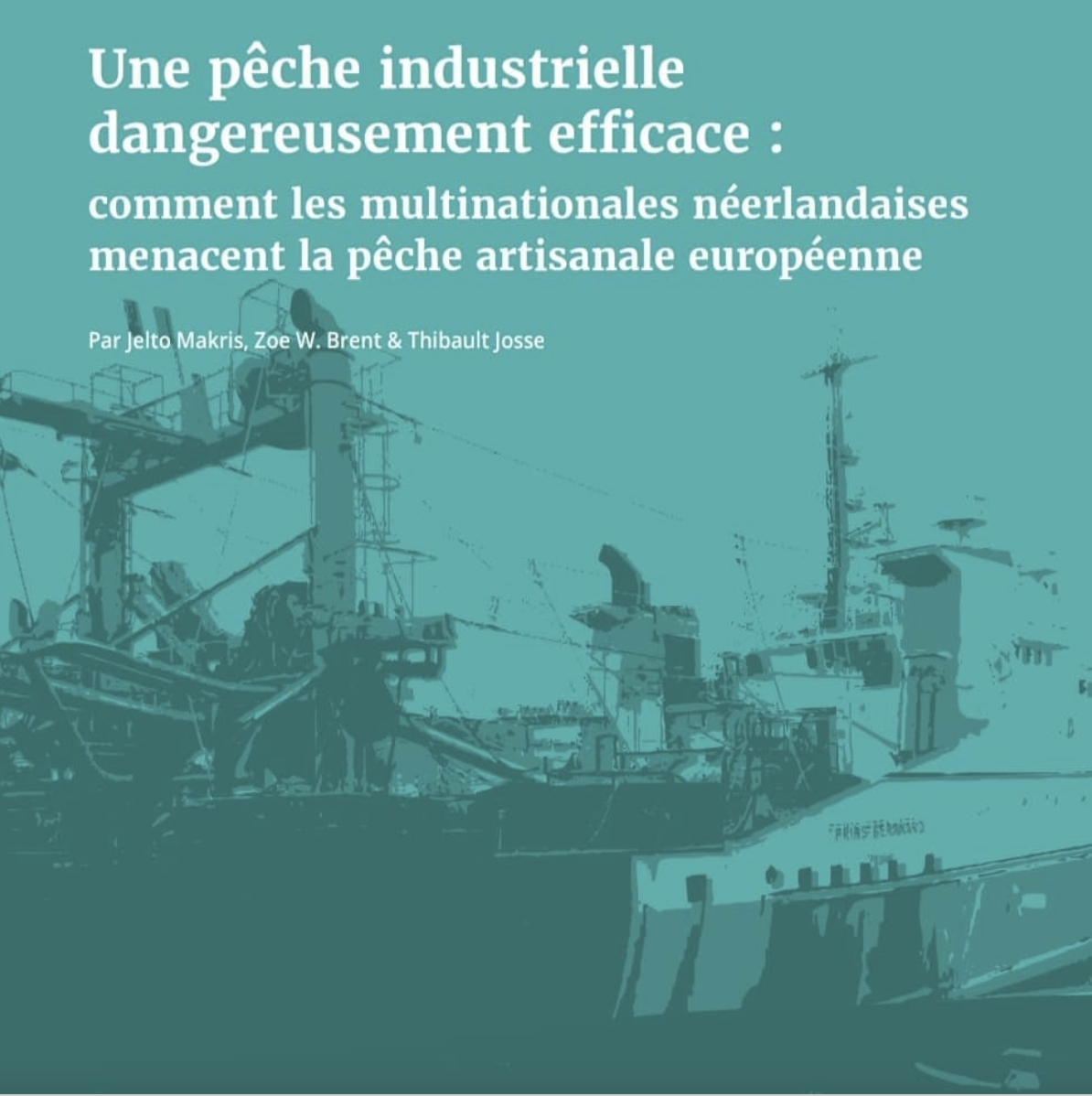 Indeed, Cornelis Vrolijk and Parleviet van der Plas now control part of the French fishing industry: France Pélagique, Compagnie Française du Thon Océanique, Euronor, Compagnie des Pêches de Saint-Malo… all companies recently bought by Dutch shareholders. And the industry has been able to place its pawns in the French fishing industry: Antoine Dhellemes, former director of France Pélagique, is now vice-president of the Comité National des Pêches and the OP From-Nord, while his son manages the company on behalf of Cornelis Vrolijk’s shareholders. The managers of these multinationals have access to the European quota negotiations and to the quota allocation bodies. Diek Parleviet is the 60th richest man in the Netherlands, with a fortune of 600 million euros, while Dutch artisanal fishermen have to share 0.05% of the national quotas.

As TNI researcher Zoe Brent, co-author of the report, explains: “The European Commission is encouraging this model, by opening the door to aggressive lobbying, encouraging further liberalisation, subsidising the modernisation of industrial fishing vessels, subsidising the vertical integration of the industry by these multinationals, reducing control obligations, and turning a blind eye to illegal fishing and tax evasion.”

Charles Braine, president of Pleine Mer, denounces this scandal: “Since the christening of the giant trawler SCOMBRUS in Concarneau on 25 September 2020, nothing has changed. Industrial fishing continues to wreak havoc, fish stocks are impacted, quotas are monopolised … and artisanal fishermen are disappearing. After electric fishing, today it is the Danish seine that empties the Channel: we must put an end to these destructive practices! The general public must be informed of the actions of Dutch industrialists, real merchants of doubt who accumulate millions of euros by destroying ecosystems and European artisanal fishing!