#CSABeyondBorders: Being a Core Member of the Jardins de Cocagne 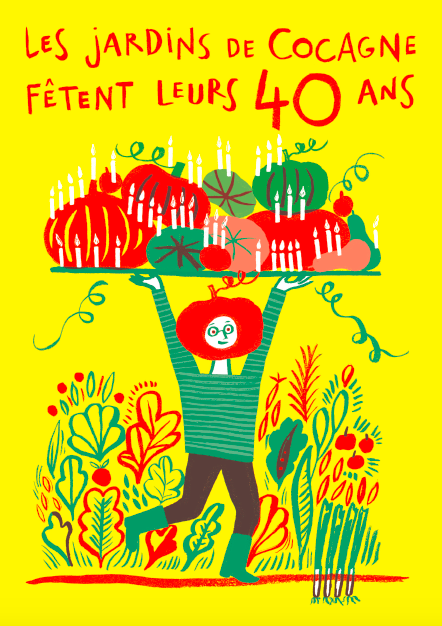 The following paragraph originates from the Urgenci website, I have taken the opportunity to update the informations :

“The Cocagne founders were inspired by the collective farms in Chile during the Allende years and by the peasant-worker movement in Brittany in France. Reto Cadotsch and a few comrades started Les Jardins de Cocagne in 1978 with thirty members. The first year all they harvested were turnips. They had poor tools, rented land, no irrigation, and no houses, but their members were very supportive. The cooperative still rents its land, growing fifty vegetable crops, plus a few apple trees and berries on 4,5 hectares. The four hundred members do three or four half-days of farm work a year, depending on the size of veg bag they have chosen. Those who do not work pay an additional $65 for each half-day they miss. Payment is on a sliding scale from $1’320 to over $1’570 (in 2017) for the 45 weeks of shares. Every Thursday, the workers pack the bags of produce; members deliver half the shares, and a hired delivery van does the other half. The crew of ten are employees of the cooperative, earning a decent wage which is higher than the usual wages in Swiss agriculture. Since 1983, 1 percent of the farm’s budget has gone to North-South solidarity projects in the Sahel region of Africa. According to Rudi Berli, there had been three CSAs in Switzerland for many years, but over the past 15 years, many more have formed.”

The founders of Cocagne all wanted to get away from the dominant model of consumption whereby people buy their food in supermarkets without knowing where it comes from, nor how and by whom it has been produced, by what means it was cultivated or how it got to the supermarket. They wanted to regain power over what they ate every day, they wanted to have a choice to eat healthy food, that had grown in a way that respected the environment in fields as close as possible to where they lived, so as to minimize transport and to enable the « eaters » to have a direct relationship with the « growers ». They were aware that the cheap prices they paid in supermarkets did not allow the farmers a good enough revenue and they wanted the cooperative’s gardeners to earn a decent income. They were also committed to sharing the risks involved in producing vegetables.

So as soon as it came into existence, Cocagne depended as much on its members as on the workers and it was meant to put into practice what is now known as Food Sovereignty.

We do not call Cocagne a farm, as no one lives on the land, and there is no house on the land, only a very large shed with storage spaces, a kitchen, which doubles up as an office, and an eating and meeting place. The workers live elsewhere and they come to work in the fields every day. Most of them do not work full time (their choice).

They work as a self-managed team. They share responsibility for all the work necessary to grow and harvest the crops and the distribution of the harvested vegetables to the members via 45 distribution points in and around the city. They also organise the members who come to help in the fields, show them what to do and supervise the work, whilst working themselves.

Since its beginning, Cocagne has grown to about 420 members. This is over 10 times as many as at the start. At the same time, the workers’ team has grown from 3 to 10. Obviously, this growth has led to important changes in the organisation. One could say that the group of workers and the mass of members are not as close as they were at the beginning. However this varies from one member to another. Some members choose to come much more often to work in the fields than they need to, just because they like it. Others never come to work in the fields and pay the extra costs for their share of vegetables. Obviously the more often a member comes to work, the more s/he will get to know the workers and feel part of the organisation.

The cooperative members take part in an annual general meeting where many things are discussed and the accountancy is presented. At this General Assembly, every 2 years, the members elect a committee which consists of an average of 6 members and 3-4 workers. Any member may apply to become part of the committee. It meets once a month and deals with some of the current business, but important decisions must be validated by the General Assembly. It is also a self-managed group. The business the committee deals with may include : discussing the issues linked to vegetable production with the gardeners, the financial situation, the number of members (Cocagne has gone through periods when it received too many applications to join the cooperative and there was a waiting list, as well as a period when, after other CSA projects got under way, Cocagne did not have quite enough members, so there was a need for publicity-type activities), representing Cocagne at public events, meeting other delegates from other CSA, responding to enquiries from students, journalists, etc. 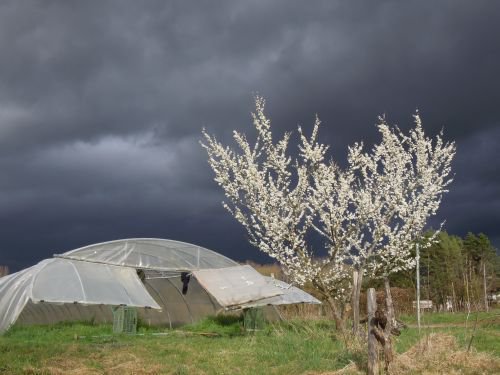 Some members fulfill tasks for the cooperative which count for the work they owe the coop or which is paid to them, depending on the coop’s needs and the importance of the task. Other members prefer to work on the food production rather than pay their fees, and they organise to come and work when the gardeners need extra hands. Each distribution point is a member’s home address ; this person must make sure the members come and take their vegetables bags every week, and this is worth one half day’s work in the fields. 45 members are thus committed to ensuring the vegetable bags get to their « owners », each week.

Other events are opportunities for members to meet and meet the workers. The main one is a large party which the workers and the committee together organise once a year in the gardens, where all the cooperative members are invited to picnic and have fun together.

Over the years, some of the workers wanted to develop the members’ political knowledge and awareness about the situation of agriculture and food production in this country and in the world at large. They wrote many texts and together with the committee, they organised days of shared tuition and discussion about questions like : small farmers’ difficulties to survive in a neo-liberal society, or organic quality labels, or land grabbing, or the monopolizing of seeds, etc. Cocagne is a member of Uniterre, « trade union » of small farmers, and the cooperative members are encouraged to involve themselves in the actions organised by Uniterre.

Another way in which members – or other interested people – can get involved in Cocagne is to develop a project with the workers’team. For example, 15 years ago, some primary school teachers wanted to organise a class outing to Cocagne so that their young pupils would get to know where food comes from. This was done and turned out very successful so that now, as many as 1000 pupils a year come to spend a day in the vegetable fields. Another example is about a member who learnt about the uses of wild plants and organised a day in the fields for members who were keen to learn from her.

As a very brief summary, one could say that there are many possibilities to be very involved in the cooperative, for those who want to.