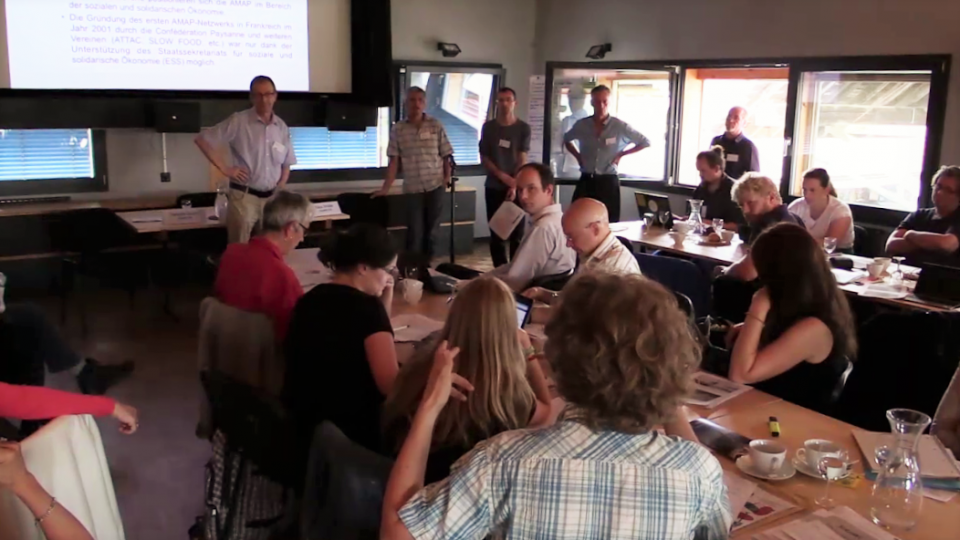 Urgenci is involved in a new interdiscplinary and international project with University of Bern (Switzerland) on “the importance of social solidarity economy in the development of organic agriculture in Europe, in the past and the present”.

by Gaëlle Bigler and Peter Volz

On the 30th of June, 2016, Dr Stephan Rist and Mrs Bettina Scharrer, from the Centre for Development and Environment and Dr. Moser, from the Archives of Rural History – both structures within the University of Bern, Switzerland – hosted the first workshop of a project called “The importance of solidarity economy in the development of organic agriculture in Europe, in the past and the present”. This kick-off workshop was the first round of a 3-year project.

The overall aim of the project is to facilitate the creation of an interdisciplinary, transnational platform, to support the exchange of knowledge and know-how between practitioners and researchers of both social solidarity economy and organic agriculture.

This first workshop allowed an introduction between the people taking part as well as group discussions on the first research questions: How does agriculture fit within the concept of solidarity economy? What are the motivations and causes of the development of solidarity economy concepts within agriculture? What is the legal framework and what are the necessary changes to agricultural policy, the economics and the research and advisory services?

27 different organizations are taking part in this ambitious project and they will participate in the different workshops (c.f. list below).

The meeting provided space for lively exchange and discussions. It also enabled the guests to take a tour of the farm that hosted the meeting – the Biohof Zaugg in Iffwil.

Urgenci was present in several ways – most notably through members from Germany, Switzerland and Austria but also through the work that has laid the foundations for this kind of meeting.