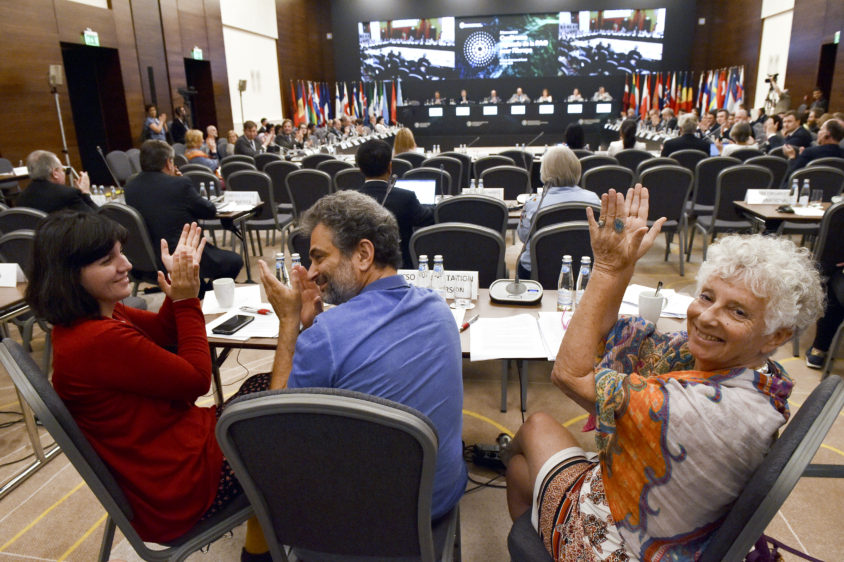 By Judith Hitchman, President of the International Committee of Urgenci.

The FAO Regional Conference for Europe and Central Asia took place in Russia, in Voronezh, from the 16th-18th May. This was the first time that the FAO consultation with civil society and the Regional Conference had been separated. FAO considered that this gives civil society and specifically social movements more time to discuss the outcomes of the CSO Consultation and to prepare for the Conference. The original plan was to hold the CSO Consultation a month before the Conference. In the event, however, the FAO consultation with civil society took place less than 2 weeks before the conference, which meant a scramble to organise tickets and visas for the four designated participants: Gennedy from CISPN who represented the Indigenous People’s constituency, Ramona from Ecoruralis representing ECVC who represented the small-scale food producers and peasants, Andrea from Italy from the agroecology school near Rome and Judith representing consumers. This team was very ably supported by Olcay from the ECVC secretariat who also supports the process of interface with FAO. It is important to note that this process is closely tied to the IPC (International Planning Committee for Food Sovereignty).

There were several important marks of progress and change in terms of the relationship between the FAO Regional Office and CSOs. The first, was the inclusion of Civil Society in the opening panel of the conference. Gennedy spoke on behalf of us all. His speech was much appreciated, as was his calm demeanour. The second was that civil society was allowed to intervene whenever we felt the need, on par with States, and not obliged to wait until all States had spoken. This was actually contested by some countries, but FAO insisted that it was possible.

There were two major agenda items were Sustainable Agriculture and Food Systems in a changing climate and e-agriculture. Some time was also devoted to the SDGs. Our interventions were based on the final Declaration of the CSO Consultation, as these questions had been prepared then (http://www.food-cso-europe.org/home/declaration-pdf).

The obvious input on the first question was to emphasize the importance of agroecology, and more specifically peasant agroecology. The second item is going to be of increasing importance in the years to come: and while we all support some technology, especially when it is part of the Commons (like Farm Hacks and l’Atelier Paysan), we also need to fight the industrial agriculture approach of running farms using drones and machines without any human contact with the soil and animals!

There were also a number of relevant side events ( including one on Food Loss and Waste, where we presented the findings of the late Nigel Baker’s work with CAWR on the 6% total food chain loss and waste in a CSA compared with 55% for the industrial food chain…), and another on Geographical Indication and certification where we input on PGS and agroecological territories.

As always, there was also a meeting with the Director General.

The Regional Conference was a dense moment, but the voice of civil society was loud and clear. Here is the link to the official webcast ERC web site.