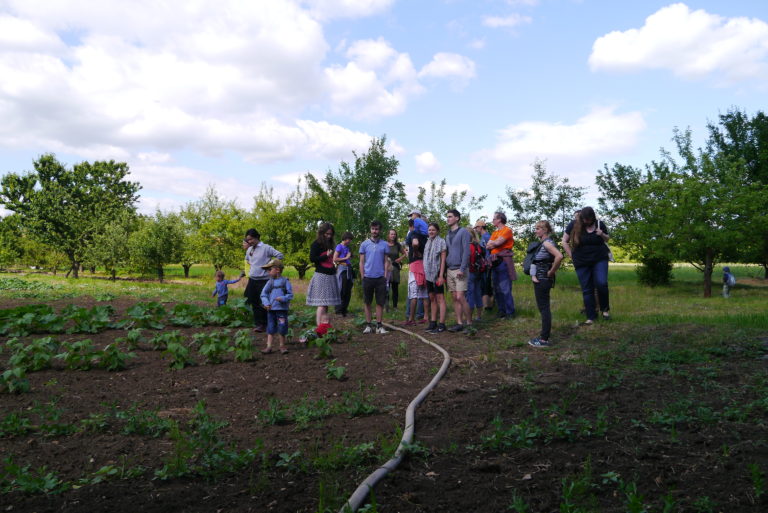 Confronted with the new proposal from the Commission, that is failing to respond to the social and environmental challenges of our time, Urgenci, the international network of Community Supported Agriculture (CSA), wants to assert common position of the CSA movement, based on the European Declaration adopted in Ostrava, in 2016.

Community Supported Agriculture (CSA) is defined by CSA members as a local and solidarity based partnership between producers and consumers. Based on the sharing of benefits and risks, it can serve as a prototype for a new social contract between farmers and the societies they feed. CSA groups now represent more than one million Europeans around local organic and agroecological farms, and produce healthy, diversified and high quality nutritious food and regenerated soils. With its thousands of farms that can serve as models for solving the current global food challenges, the CSA movement believes that its contribution should be publicly recognized.

By way of contrast with this, governments, the agribusiness corporations and the globalized food markets have proven that they can not feed the world’s population in a sound and sustainable way: war on and destruction of the living world, massive loss of biodiversity, dramatic decrease of genetic diversity, land grabbing, the use of food as a weapon, low resilience of intensive production systems, exponential growth of food-related diseases, unjust trade relations with countries of the Global South, etc. illustrate this.

The time has now come to create a New Common Food and Agriculture Policy in Europe. This policy should aim at providing quality, nutritious food for all, produced in a way that is both healthy and sustainable, using farming methods that are respectful of humans, animals and the environment. Such food should be produced in local food systems that can revitalise territories and local communities, with farmers receiving fair income for their work and consumers paying affordable prices. In this agriculture and sustainable food system, there will be a significant role for citizen-consumers who are willing to take an active part in designing the farming and food models of tomorrow. These conscious consumers are already playing an important role in CSA systems.

The following demands aim to further develop CSA through an improved Common Food and Agriculture Policy. 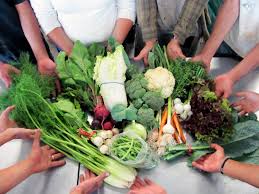 Support the creation of Local Food Policy Councils that can serve as development laboratories for agricultural and food projects in specific regions. These Councils will be spaces for information-sharing, meeting, debating, training, decentralized decision-making on farming and food policies. They will be designed to include citizens, local elected representatives, farmers, processors and retailers.

There is an urgent need for support of networks of solidarity-based partnerships in agroecology.

These partnerships (CSA, Amap, Gasap…) are regional food micro-systems. As such, they are an inspiration for a genuine European food and agriculture policy. They have already proven efficient in providing hundreds of thousands of families across Europe with healthy nutritious food while maintaining farms and farming jobs in the rural areas.

The limited public subsides directed to these structures have been used in efficient ways helping new farmers to start working with a focus on social needs. The significant voluntary commitment of both farmers and consumers genuinely maximizes the impact of every euro invested: it opens up the movement to a wider public and enriches the scope of potential actions.

Direct support for diversified farms that are committed to local and solidarity-based partnerships between producers and consumers (CSA, Amap…) should be created. This could consist of linking some financial support from the CAP to the practice of direct sales or short supply chains.

There is a need for stronger support for participatory research programmes involving farmers and committed consumers through EU structural funds.

The farmers and citizen-consumers involved in CSA would welcome much greater research that evaluates best practice and peasant know-how, and rejects false technocentric promises. We need more research on how peasant farmers can create their own farm machines, tools and save their seeds. More research is also needed on collective work schemes, changes in food and cooking habits and Food Policy Councils…

Local and solidarity-based partnerships for agroecology did not wait for a supportive CAP to develop sustainable food systems. For more than a decade, Community Supported Agriculture has been contributing to creating new jobs that cannot be relocated and to the revitalisation and diversification of the agricultural sector especially in peri-urban areas. The on-going CAP reform is a unique opportunity for mainstreaming these initiatives and laying the foundations of a New Common Agriculture Policy that meets social needs of both producers and consumers.