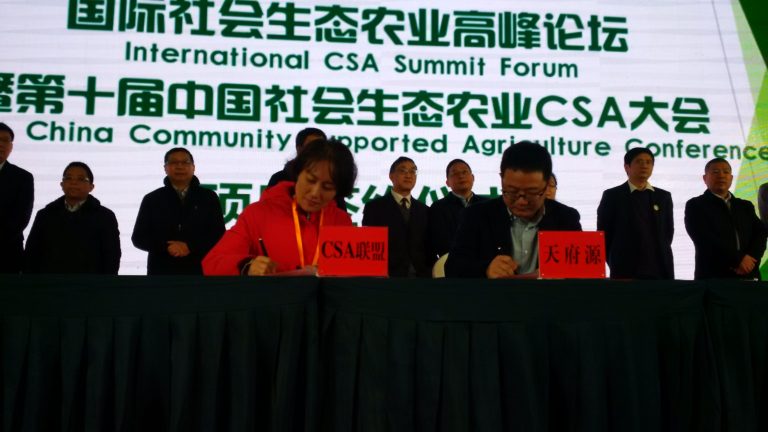 At a time when the CSA movement globally is working to gain greater recognition by policy makers, it comes a jaw-dropping and agreeable surprise to discover the extent to which CSA in China has gained legal status and is perceived as a genuine part of the way forward by all three levels of government in China (local, provincial and national).

The 10th anniversary celebrations of the Chinese network marked this achievement in many noteworthy ways. The gathering took place, at Mother Farm, Zhanqi Village, Pidu District of Chengdu, which is about 50 kilometres from Chengdu city centre. Firstly, there are the sheer numbers of CSAs that now exist throughout China. They are over 1000, and have now been successfully mapped, using self-mapping combined with cross-verification mechanisms. The national accord with IFOAM on PGS also ensures an overall respect of fundamental CSA principles. The majority of Chinese CSAs appear to be producer led, which explains why there were a majority of CSA producers rather than consumers present at the conference. All the food for over 1000 people was provided by CSA farmers (and was the ultimate in fresh, seasonal cooking! And as Chengdu is in the Sichuan region, very spicy too!). And throughout the meeting there was a lively farmer’s market, where some of the CSA producers sold some of their produce. It was also a great place for experience-sharing and buying a few Christmas presents!

Then there are the agreements that have been signed with several local and provincial governments. These ensure that agricultural land is being preserved to produce ecological food (the Chinese word for agroecology translates as ecological farming, which given the highly different language structures is quite close). And given the producer-consumer relationship, I believe that agroecology principles are indeed implemented). Shi Yan, now co-president of Urgenci has been doing a remarkable job, steering a course that is so clearly one that can bring about social, environmental and food justice in China. It was the first time we worked together as co-presidents, and I believe we successfully brought our collective Urgenci voice to the meeting.

But perhaps the least known and most impressive aspect that was at the forefront of the 10th anniversary celebrations is the State recognition of the importance of CSA to building a sustainable food system in China. The Chinese State appears to be one of the very few, if not the only one, that has officially made the vital connection between climate change and the threat it poses to the environment with the need to genuinely relocalise the food system and ban the use of chemical inputs. And while this is still a work in progress, there are an increasing number of provincial governments that have actually banned chemical inputs and GMOs and are focusing on building genuinely sustainable local food systems. Coupled with the powerful Rural Regeneration policy of attracting youth back to the land and repeasantisation, this is the only possible way to counter the levels of soil and water pollution as well as building genuinely ‘safe’ food systems. The recent industrial food scandals have had a genuine effect on the transformation of the whole system. There were several official representatives from the Ministry of Agriculture as well as the Ministry for the Environment present. Their interventions were genuinely inspiring, and made me feel that there is more than hope in China: the voice of our Chinese network and those supporting it needs to be more clearly heard in Rome and other UN decision-making bodies.

Of course there are changes to urban food and nutrition habits. The number of KFC and McDonalds in most cities testify to this. And the instant gratification through faster than fast delivery services using phone apps that many young people use is a counter culture that can not be ignored. Nevertheless, the number of emerging middle class families that wish to provide their children with healthy, nutritious, natural food is a real counter-trend to this. 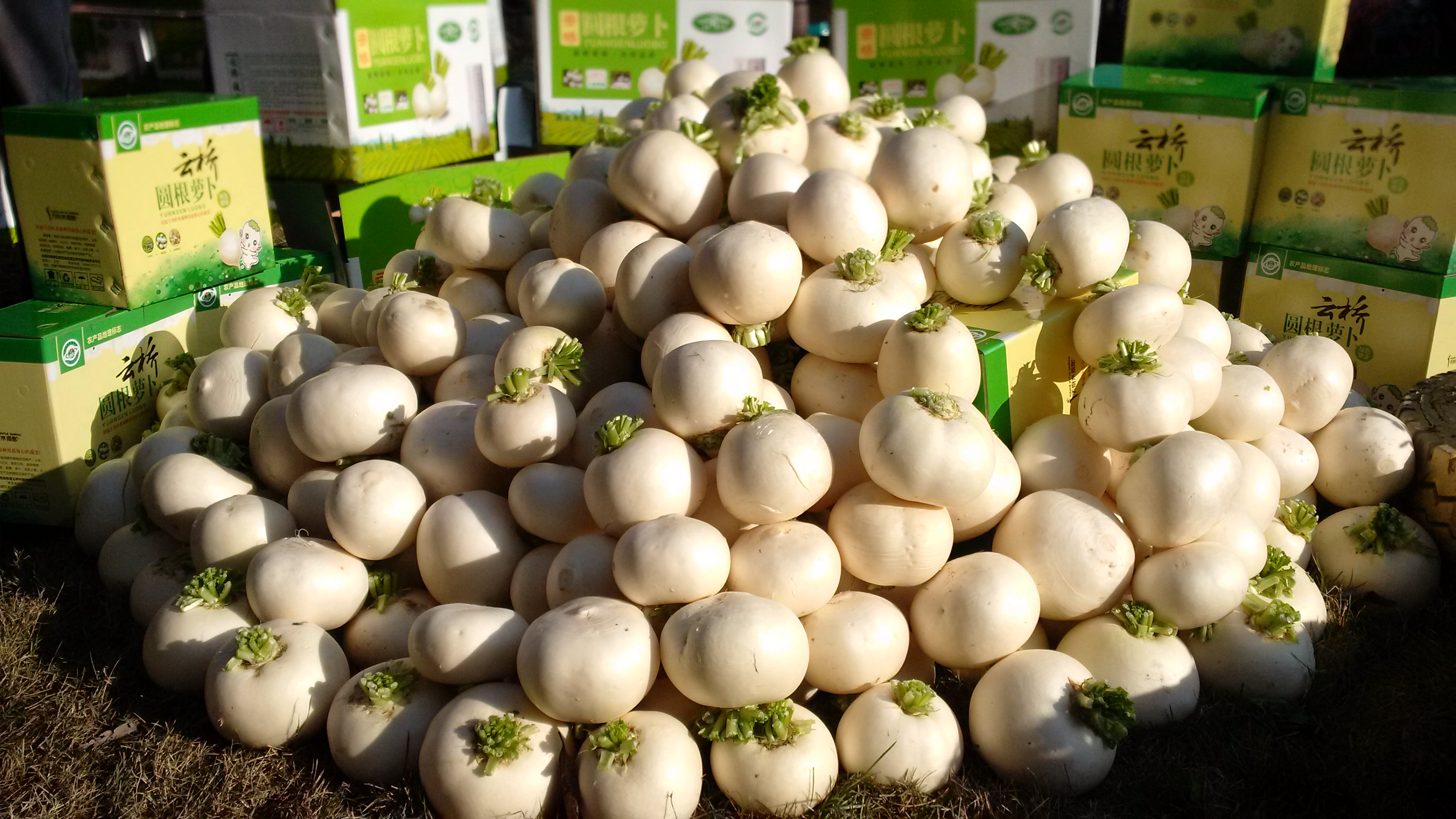 The two days of the conference were jam-packed with both plenaries and an array of smaller sessions that ranged from seed sovereignty to showcasing the regional networks, exchanges of experiences and gaining invaluable insight from two eminent university professors who I had previously met and who are making great contributions to the change: Professor Wen Teijun from Renmin University Rural Reconstruction Centre, and Luo Shiming former president of South China Agricultural University. The various significant representatives of various ministries provided official encouragement to the network. The representatives of FAO, Vincent Martin, and of the Agricultural division of the French Embassy, Thibaut Nancy, as well as Henk Stigter of the Netherlands Embassy also made noteworthy interventions and supported the entire conference. The future creation of an Asian CSA network was also discussed in a way that will hopefully soon help this long-awaited development to become a reality. It clearly requires three stages: mapping, experience-sharing and capacity building. Members from the Urgenci network in Japan and Thailand and India contributed to and participated in these discussions. Hopefully the policy and the network building will continue to have many positive impacts not just in China, but in the surrounding countries, as we move forward to build a true Urgenci Asia network.