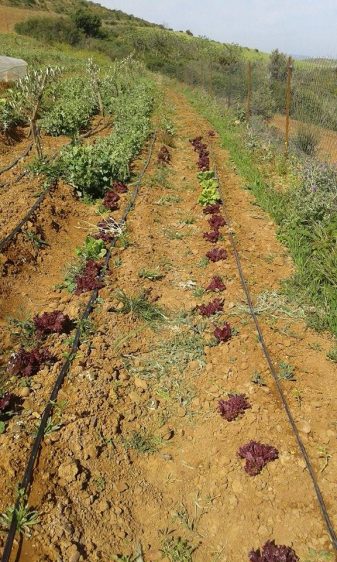 Written by Judith Hitchman, President of Urgenci, and initially published on the RIPESS webpage.

Climate change, or climate crisis as it is now more correctly called, is the elephant in the room. Everyone knows it is there, and is acting as though it is invisible. Yet it is the single most deadly threat to humanity and life on earth. This September will see several key global events, from the Climate Action Summit to the Global Climate Strike from September 20th to 27th.

Sadly, when you work deeply on the Sustainable Development Goals (SDGs) at UN level, you fast realise that they are built on an inherent growth model that continues to exploit more planetary reserves and fossil fuels than our planet or climate can support. And that the indicators that exist can not be changed. But that should not and hopefully will not stop us from acting on the ground!

Yet although we have probably now reached the tipping point where the damage to our climate has become irreversible, we can still do much to mitigate the impacts. And indeed we must address the issues as urgently as possible, with legal frameworks at State and Local Authority level. Placing the responsibility on individual consumers is not and can not provide more than a sticking plaster on the haemorrhage of runaway climate change.

So let us look at some of the aspects where it might be possible to make small but significant impacts to mitigate the burning issues. And burning they are right now, from the Amazon to the Arctic…

Peasant agriculture, small-scale family farming, artisinal fisheries and Indigenous practice combine in agroecology to provide us with a science, a practice and a social movement that includes solidarity economy. This has been recognised by the Food and Agriculture Organization of the United Nations (FAO) in the 10 Elements of Agroecology. And short/direct food chains, especially Community Supported Agriculture can be placed high on the list of linking producers to consumers to build sustainable territorial food systems. The Community Supported Agriculture (CSA) model works on the basis of a tandem of producer/consumer direct localised solidarity-based relations, and has the concept of shared risks and benefits at the heart of the concept.

How does CSA benefit the climate? Well firstly, agroecological practice involves using no chemical inputs or plastics (in some cases this may involve a transitional period). It uses techniques such as mulching and cover crops as well as the use of good old-fashioned manure as fertiliser. And it is possible to fight insects and pests through either companion crops or natural insecticides produced on-farm. So no fossil fuels or externalisation involved.

There are also a number of ways in which the impact on the soil can be minimised, such as ‘no till’ or using draft horses to plough the fields. Again, no fossil fuels involved. In the case of harvesting, much is done manually as well, as in the case of Rupert Dunn, a wonderful peasant-baker who grows his own heritage grains in Wales, and harvests the fields using a scythe! In most CSAs, there are also farm days when the CSA members come and help on the farm. My grandsons soon learnt that picking up potatoes on their CSA was hard, back-breaking work. They now have a new appreciation of what work goes into the potato crop!

As the climate becomes increasingly unstable, it is essential to use local peasant seeds that can adapt progressively to these changes. They stand a far better chance of resilience, compared with hybrid or even GM- CRISPR modified seeds sold by the big seed companies. They are also far higher in nutritional value, both instrinsically and because the soil is healthy, living soil with a rich micro-biome. Which leads to a healthy human micro-biome and healthier, happier people!

In terms of nutrition, climate change is set to reduce the nutritional value of food in a serious way. The agroecological approach and fast food-to-fork turn over means that nutritional value is optimised. Many greens lose 30% of their nutritional value and vitamins in particular after the first 3 days. Chemical inputs (pesticides and fetilisers) are now proven to cause over 20% more cancers than a diet of organic/agroecologically grown food. So imagine if your salad is grown in the South of Spain, on a farm using chemical inputs, and has travelled for several days to reach your supermarket…

The impact of our current model

The global trend is also the capture of the complete food chain by the industrial food companies (the same groups as those who own the seeds, the inputs, and the farms also own the food processing companies and supermarket chains…). Sadly “cheap” processed food and ready meals that are high in fat and sugar are widely bought by many consumers. People have in many cases forgotten how to cook, if indeed they ever knew how, which is the norm for many of the younger generation. This represents a quadruple danger: the destruction of the environment and climate change through industrial agriculture; the myth of “cheap” food based on exploitation of labour and lack of real nutritional content in the food (calories versus nutrition is a serious global issue); the excessive use of fossil fuel in the processing, transport and excessive packaging. And finally the cost of excessive healthcare linked to obesity and Non-Communicable Diseases (NCDs) from eating an unhealthy diet.

This article would not be complete without some mention of climate change and the management of our rivers and oceans. Excessive chemical inputs on large industrial conventional farms and release of slurry has created a very toxic situation for many of our rivers through the run-off first into streams and rivers and then into the oceans. And this in turn contributes to the acidification of our oceans. And just as large-scale industrial farms are producing poor quality meat and vegetables, industrial fisheries are destroying the oceans. Artisinal fishers can provide local communities with fresh fish, and there are a growing number of Community Supported Fisheries that operate in the same way as Community Supported Agriculture. Urgenci is currently working to develop this activity.

In terms of sustainable territorial food systems, and CSA in particular, there is also a low carbon footprint concerning the delivery from farms to the eaters. Delivery points are often in the schools or a neighbourhood café, so parents can easily access these points without having to use their car any more than they already would be using it. It is aslo quite common to have multiple producers deliver at the same point, thus allowing consumers to do a ‘one-stop-shop’ just like at the supermarket. Except that it is far more convivial!

The importance of community lands

There is also a shift to the remunicipalisation and relocalisation of public procurement: moving to local food production and preparation for school meals and Green Public Procurement is a strong emerging trend in many cities. It can even involve Community Land Trusts, or use local Municipal Land to grow the food. The question of land is indeed one of the key issues today in building sustainable territorial food systems and guaranteed urban rural linkages. Green belts need to be preserved to ensure food production can continue, and access to land for young producers also needs to be facilitated.

Community Land Trusts are one of the key ways of doing this, as well as incubator farms and agroecology farmer-to-farmer field training schools. Local Authorities have a vital role to play in facilitating these aspects. Good policy exists in terms of the FAO Voluntary Guidelines on the Governance and Tenure of Land, Forests and Fisheries, as well as the Voluntary Guidelines for Sustainable Small-scale Fisheries. Likewise, there are a growing number of farmer-led and consumer led co-operative shops, and many different manifestations of a growing movement to relocalise our food systems and fight climate change. This shift is clearly aligned with many values of solidarity economy, generally involves participatory governance, and has the growing implication of Local Authorities at different levels. Different mechanisms exist to ensure affordability for those who are socially excluded.

The commitment to CSA does involve learning to use what is in your weekly share and to cook somewhat differently than if you make a shopping list and go to the supermarket, but it is a collective adventure and generally a return to how our grandparents ate and cooked. Community Supported Agriculture and Community Supported Fisheries are by far the most committed model, and the fight to re-appropriate our food system through food sovereignty and the right to food lies at the core. Human rights are indivisible. The rights of Mother Earth and the right to a healthy nutritious diet are closely linked and at the core of our fight to stop runaway climate change.