Launching today in Thessaloniki of Community Supported Agriculture Beyond Borders, a three- day conference on CSA bringing together Urgenci’s 7th International symposium, the 4th European Meeting and 2nd Meeting of the Mediterranean network.

This major gathering is organized by Urgenci, the international network of Community supported agriculture. Urgenci is a network of many national and regional networks worldwide, and has around 2 million members. As a social movement, it is part of both the global food sovereignty movement, and the solidarity economy movement. This weekend will be devoted to exchanging on how to put these questions even more clearly on the global agenda across borders.

Workshops, project visits, exchanges of practices and seeds, and eating locally produced food, the various actors of CSA – farmers, fishers and consumers, as well as researchers and supporters of all kinds – will have the opportunity to build a new chapter for the movement. One of the key principles of CSA is building trust-based direct relationships between producers and eaters. CSA also enables millions of people around the world to access fresh, healthy and nutrient-rich food in an inclusive way, while ensuring decent livelihoods for thousands of farmers.

This meeting involves several layers of action and networking. This is not only the 7th International Symposium and General Assembly of Urgenci and the 4th European Meeting of Citizen Supported Agricultural Movements, but also the 2nd Mediterranean Meeting of Local and Solidarity Partnerships for Agroecology. This last event also explains why Greece is hosting this Symposium. On top of being on the front line of the largest migration movement since World War II and at the forefront of experiments in (re)local(ized) food governance, Greek activists – and in particular the member organization Agroecopolis – play a fundamental role in strengthening the Mediterranean region. 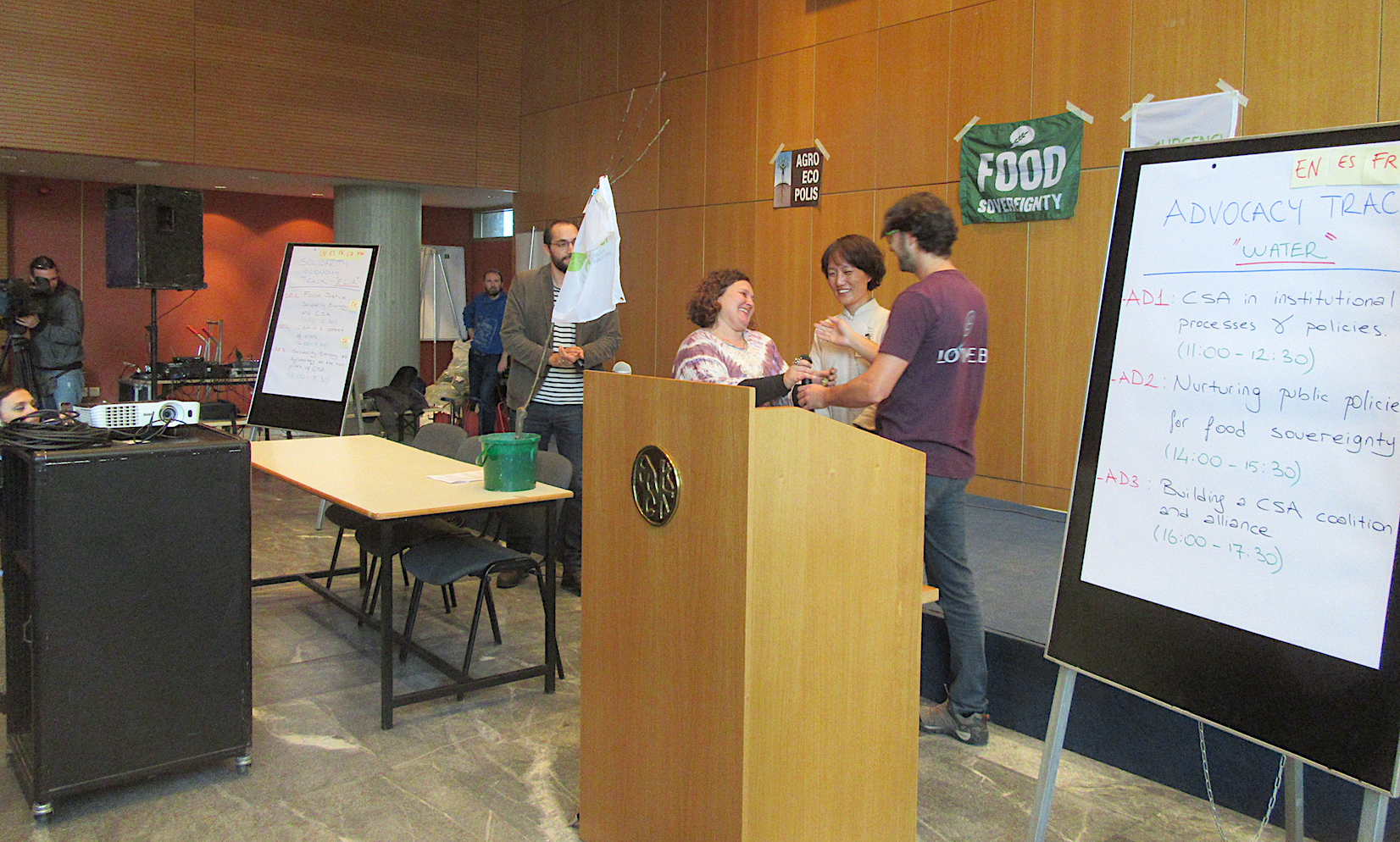 In addition to the meetings organized according to geographical criteria, part of the workshops will be devoted to four European projects in which Urgenci is currently actively involved. These are Solid Base, an educational program which provides practical entrepreneurial knowledge for both farmers and eaters; EATingCRAFT, an educational process on Participatory Guarantee Systems, in partnership with IFOAM; Voices, a training project on advocacy in international institutions and DYNAversity, a research project on the connections between biodiversity and new types of networks such as Urgenci.

Another first is that the meeting will include a group of fishers, and hopes to launch a Community Supported Fisheries initiative with the support of the North American CSF network creating new alliances and exchanging on existing models, “deck to dish” alongside the existing “farm to fork”.