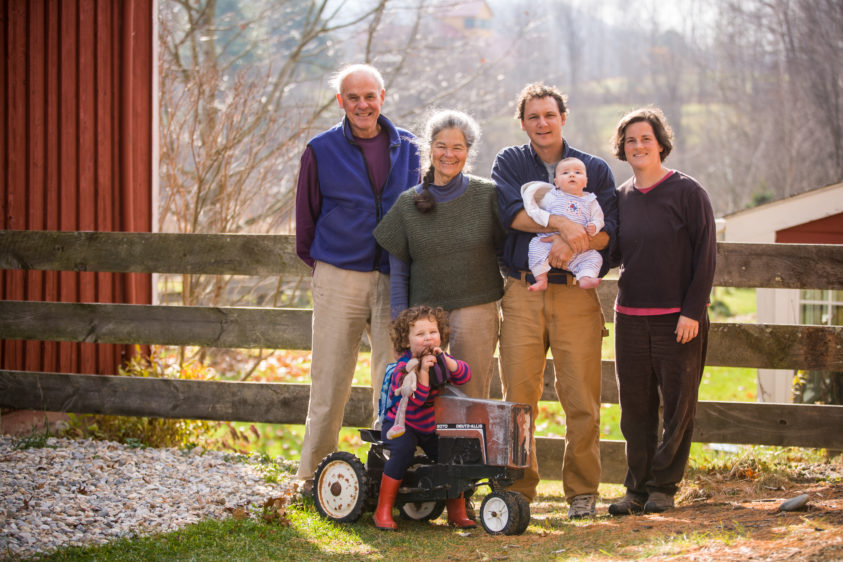 A few weeks prior to the 7th Urgenci International Symposium (https://thessaloniki.urgenci.net), Urgenci is launching a #CSABeyondBorders series. Articles and essays written by CSA farmers and members, testimonies from movement pioneers, interviews collected in all corners of the world, will be published until the Symposium. After Japan and Switzerland, our next stop in our circle of CSA around the world is in the United States.

“Land is a one-time endowment, a commons on which the whole of life depends” – Chuck Matthai, founder of Equity Trust, Inc.

Private land ownership among human communities down through the ages is the exception rather than the norm. Wherever human society has formed, the common right of people to use the earth has been recognized as the primary right. Private ownership of land appeared only as the result of usurpation — that is, being seized by force. Surely there has to be a better way of inhabiting the land.

Several old friends influenced Sam’s and my thinking about land tenure and property rights. Particularly Bob Swann, a founder of the Institute for Community Economics (ICE) and architect of the community land trust model, and his partner Susan Witt, who with Bob created the E F Schumacher Society and the Community Land Trust of the Southern Berkshires. Another friend was Chuck Matthai who succeeded Bob Swann as director of ICE, and later founded Equity Trust, where much of his work became focused on alternative approaches to land tenure for CSAs.

In 1969 Sam and I purchased a homestead and 35 acres of an old, run-down dairy farm in South Williamstown, MA. We named it Caretaker Farm and set about the decades-long process of restoring the farm’s fertility and infrastructure. After thirty-six years of farming, fifteen as a CSA, we needed to plan for the future. We were determined to pass the farm along to the next generation of farmers, to carry on the work and maintain the farm’s rich ecological diversity and fertility, and continue as a source of local food for the community. In the current real estate market, our beautiful farm had become extremely valuable. If sold at its market value the proceeds would easily have provided for our retirement, but that would be the end of Caretaker Farm.

The challenge: how could Caretaker Farm be made affordable to younger farmers and also provide for our retirement? But further, how could the farm as a whole (including the farmhouse, barns and infrastructure) be made permanently affordable, thereby enabling future generations of farmers to live and work there, providing the community with a reliable source of food?

To help us solve this problem we turned to Susan Witt and Peter Fleming of The Schumacher Society, and Ellie Kastanopolous and Kirby White of Equity Trust, and Leslie Reed-Evans of The Williamstown Rural Lands Foundation to help us craft an innovative ownership model for Caretaker Farm.

Our three grown children also cared about the farm’s future. To begin the conversation, Sam and I organized a family retreat to provide a space where we could share our challenges and where they could share their aspirations and express their feelings. While our son had settled on a different career, both our oldest daughter and her husband, and our youngest daughter’s husband wanted to farm. But at that time neither of their circumstances fit with what was needed and they gave us their blessings to search for a suitable match.

Also the 200 CSA members cared about the future of Caretaker Farm. Following a similar process that led to the creation of our CSA, farm members were invited to a “visioning meeting” facilitated by a skilled member of Steering Committee to guide the next phase of our farm’s history. Farm members would eventually play a key leadership fundraising role in the successful “Campaign for Caretaker Farm”. 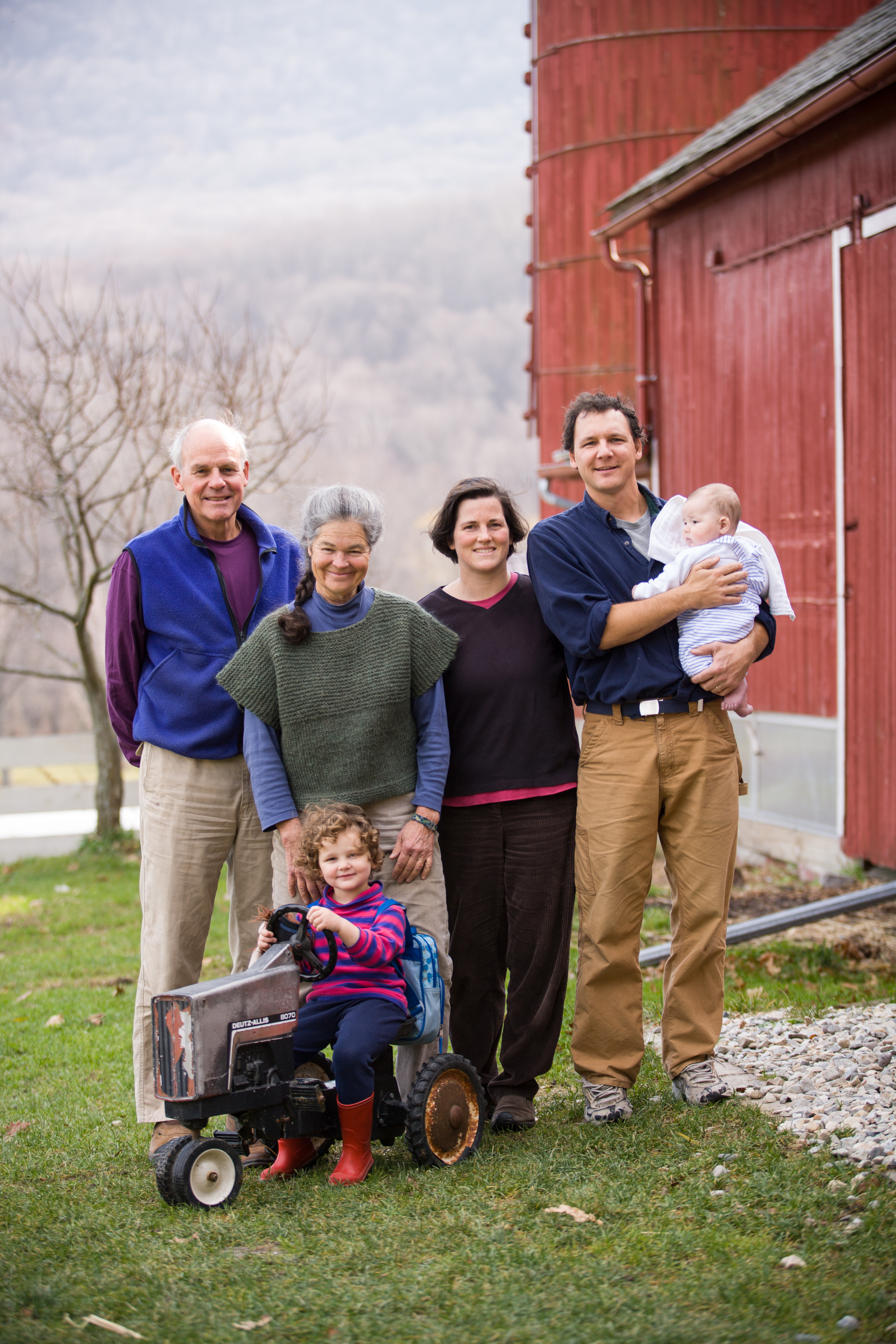 Further on in the process, as the pieces of the puzzle began to fall into place, Sam and I felt the need to include a prospective farm family to create a lease agreement that would represent each of our particular interests. And so Sam and I began the search for our successors. In December of 2004, Don Zasada, his wife Bridget Spann, and their little daughter Gabriela, moved in good faith into the smaller house on the property (where we are now living). And the four of us and the local conservation land trust began the long difficult work to craft an ownership agreement that balanced the interests of the exiting farmers, Sam and me, with the interests of the prospective new family, Don and Bridget, and also the interests of the wider community (which includes the integrity of the whole farm as a living organism.) The Williamstown Rural Lands Foundation agreed to represent this interest and hold title to the land.

In March 2006, these agreements were confirmed when Caretaker Farm was legally transferred from private ownership to public trust thus insuring that the land will never be sold again; that the community will hold Caretaker Farm in trust as an affordable working farm in perpetuity.

All of the values and purposes of non-ownership tenure of the Caretaker Farm Community Land Trust (CFCLT) are spelled out in two critical documents: the Land Management Plan describes in great detail the physical aspects of the farm and specifies standards of use, and other restrictions in very specific terms (beyond those specified in the APR); and, the Ground Lease Agreement which governs the rights and responsibilities of both the farmer and the land trust.

Within the structure of Caretaker Farm Community Land Trust there are four different parties that share the ownership of the farm, each of which has purchased a kind of ownership, a shared interest that serves its particular needs and purposes.

The Commonwealth of Massachusetts, in 2003, with an interest in preserving farmland and farming, purchased the development rights, an (APR) Agricultural Preservation Restriction.

The Williamstown Rural Lands Foundation (WRLF) with an interest in protecting working farms owns all of the land in perpetuity.

Don Zasada and Bridget Spann purchased the main house and all of the agricultural improvements, and hold a 99-year ground lease to the rest of the land. The price they paid represented the appraised as-restricted agricultural value of these improvements, which was considerably less the market price non-farmers would have paid for the house and other improvements as a country home. Their ground lease requires that they farm the land, using sustainable methods, for as long as they occupy the premises and own the improvements. If and when they want to sell their interest, the price is limited to the appraised agricultural value of the improvements at the time of the sale. This measure ensures that the farm will remain affordable to future generations of farmers and protects the community’s investment in the farm. No future farmer will be able to sell Caretaker Farm for its actual market value.

Sam and I retained ownership of the smaller house on the property and hold a 99-year ground lease to the land beneath and immediately around the house.

Equity Trust served as the intermediary by purchasing the whole farm from us, entering into lease agreements with both families, and finally selling all the land to WRLF with both ground leases in place. They also held a promissory representing the difference between what the farm sold for and the amount that Sam and I needed to support our retirement.

The Campaign for Caretaker Farm

A committee of farm members solicited donations, large and small from our community and other sources, to pay off the promissory note held by Equity Trust and to cover the fundraising costs and other expenses of the project. In contributing to this campaign, the community played an essential part in making it possible for the farm to be passed on to young farmers on terms that will not only be affordable for them, but will keep it affordable for other farmers far into the future – and will set an inspiring precedent for other communities.

In 2017 Caretaker Farm and the Williamstown Rural Lands Foundation celebrated the 10th Year of Don and Bridget’s tenure; and Caretaker Farm’s 25th Year as a CSA.

Our son Sam and his wife Brenda and family who live nearby belong to Caretaker Farm CSA.

Sam and I live in the small house on the farm.

Preserving Farms for Farmers – A Manuel for Those Working to Keep Farms Affordable by Equity Trust, Inc