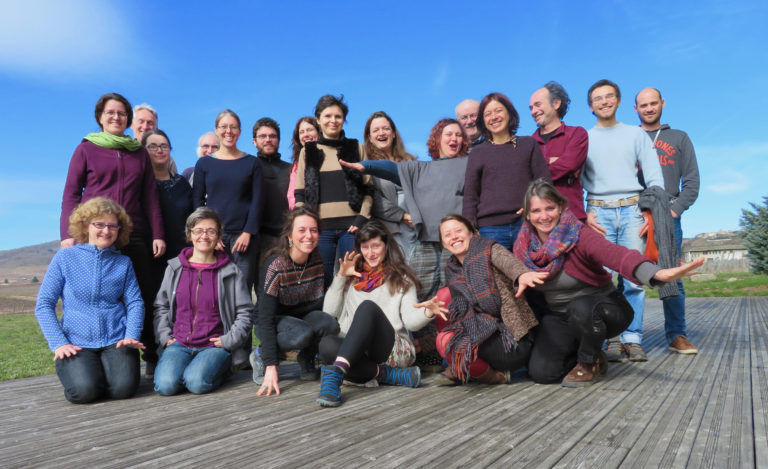 EduACtion Towards the Creation of Alternative Food NeTworks is an educational project on Participatory Systems and CSA. It aims at creating training modules on PGS and how to adapt this process to various food initiatives. 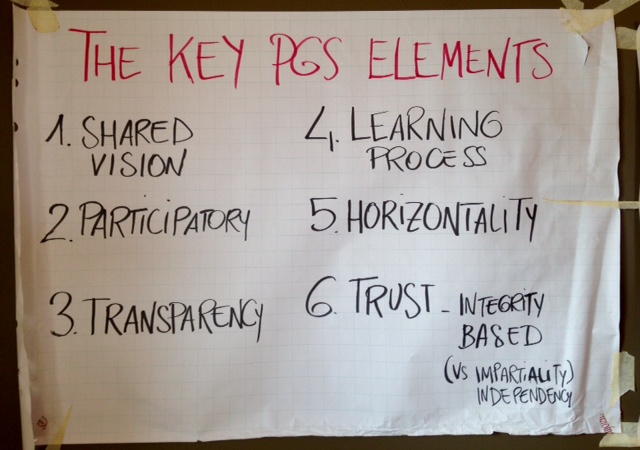 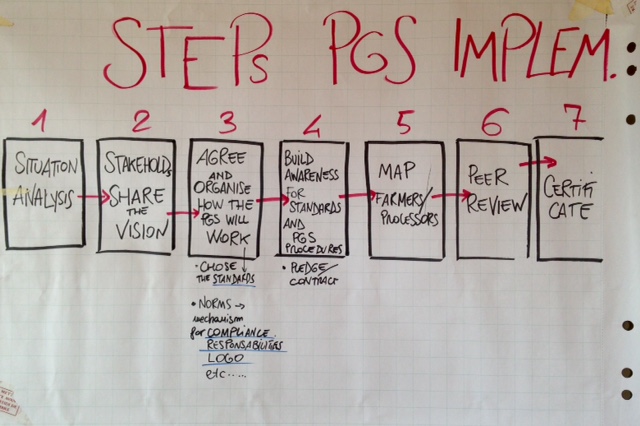 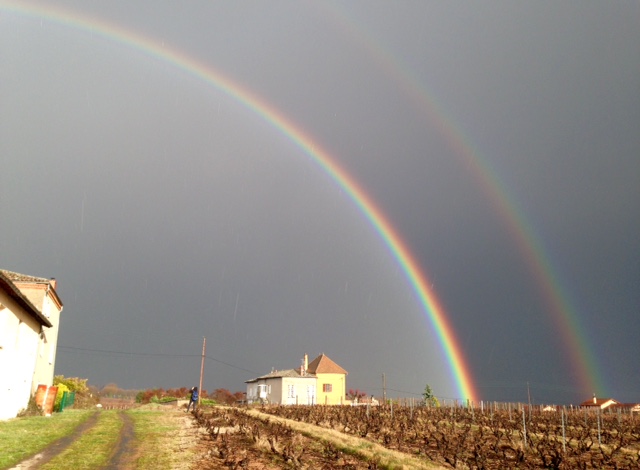 Founded in 1972, Nature et Progrès is the oldest known PGS initiative in the world and is frequently referred to and studied as a model for PGS. Its operational method is based on horizontality and transparency ; involvement is the principal strength of the organization.

MIRAMAP, the inter-regional AMAP network, is as long-term facilitator of hybrid systems between PGS and CSA based on participatory assessment processes, to help famers and consumers questioning their practices and identifying problems and challenges. 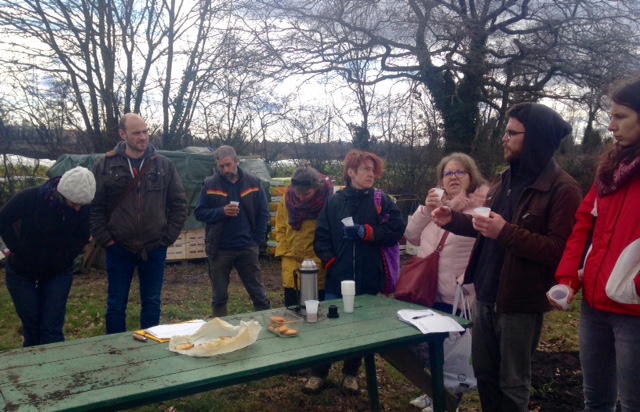 Nature & Progrès & AMAP local volunteers helped organizing this three-days event, where we all enjoyed the bounties of Beaujolais and the conviviality of our hosts, in the fields and farms, during the AMAP Biosol delivery and obviously, around good food !

The short staff training activity was meant to create a moment for participants to increase their skills and knowledge about the main topics of the project through face-to-face experience. It was also designed to test some of the methodologies that will be used during the multiplier events in Hungary, Czech Republic and Greece, soon to be implemented with food activists and interested stakeholders (May-July). 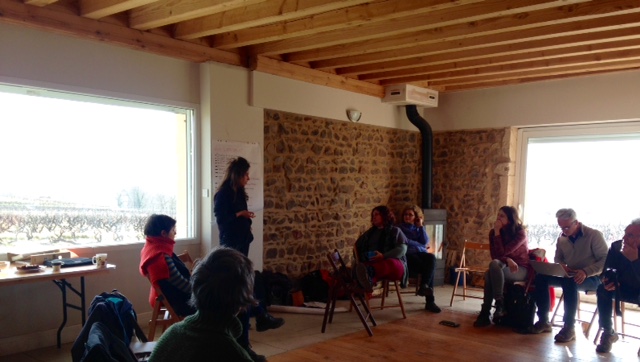 The Urgenci team was composed of Christophe Nothomb, PGS facilitator of the GASAP network, Gaëlle Bigler from the Kernel and Helvetic ACP network and Morgane Iserte, coordinating our participation to the project. 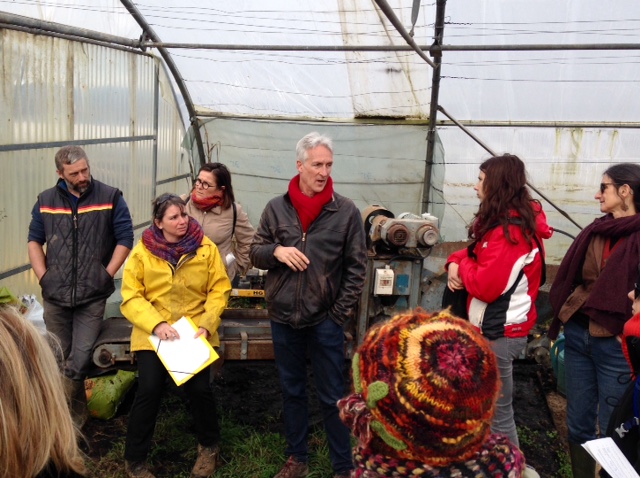 “I have been lucky to participate in the Erasmus+ EatingCraft meeting in Lyon.

A big group (around 20 people) of committed and interested volunteers, permanent staff, farmers that are together developing training modules to facilitate the organisation and launching of PGS for organisations and networks.

Two days of discussions around what is a PGS, why it can be an interesting approach for various farmers and/or consumers organisations, how is it organised, what are the different steps in its implementation, with one day of participating in an actual PGS visit, either according to the N&P approach or to the AMAP approach.

Beautifully organised by Valerie, Magali, Federica and Geoffroy – and many AMAP and N&P volunteers – we visited two vegetable growers, Fred near Arnas and Jean-Marie near St Etienne des Ouillères. Both are producing for AMAPs and Fred is additionnally a N&P producer with other local commercialisation channels. We also had the opportunity to meet one of Fred’s AMAP members at their weekly delivery moment. 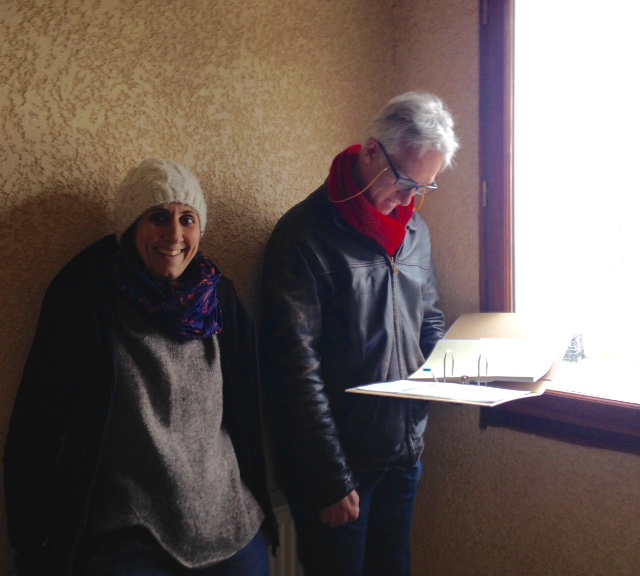 On the “side” of the working moments, we were hosted and invited to taste many local N&P and AMAP produces, prepared by many N&P volunteers or professional caterers. I am totally unable to pick up the one that most impressed us, as they were all very different and at the same time similar in their attention to details and in the quality of their preparations.

On the content side, the visits and the discussions that followed allowed for interesting comparisons between the approaches, both in terms of similarities and differences : the N&P approach, with very structured processes and visibly based on years of experience and fine tuning, and the AMAP approach, more centred on relationship and mutual understanding building with more free flow interaction during the farm visit. Both however follow the 6 principles of a “good” PGS, with a constructed common vision, participation, transparency and horizontality in the management, trust building and learning processes – aiming at continuous improvement of practices in line with – and as part of – a vision of the need to redefine the relationship of people with their food and their environment.

The various level of knowledge of the participants obliged all to be attentive to clarity, to the appropriate level of details provided and to be both in the action and in the reflective or pedagogical mode. The various levels of English as the “common language” made this challenging at times, as no one was native speaker of that language ! 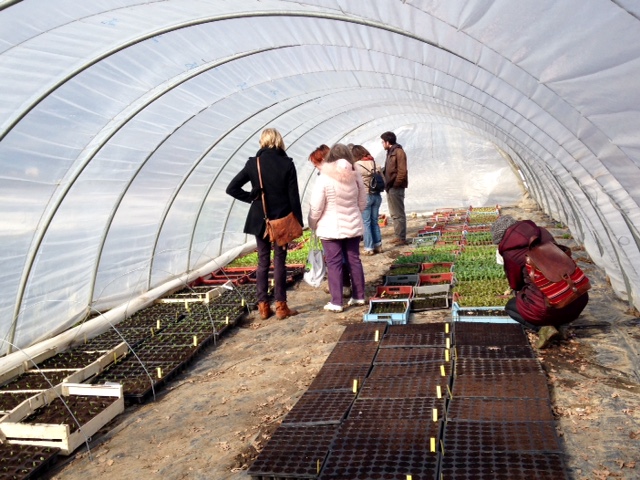 Coming from the GASAP network, which is currently at an “intermediary” status what relates to PGS (we are piloting while defining the building stones of our own PGS in Belgium), it was both a learning process – looking at the much more mature and experienced PGS of N&P and in the AMAP – and a reminder of where we were just 2 years ago, with all the questions and expectations from the Greek, Czech and Hungarian networks.

It was also a reminder that there are as many PGS as there are countries, networks and situations; as much as we inspired ourselves from the great work of N&P and MIRAMAP, we had to customise and cherry-pick from many of them to build something that responds to our needs and objectives. There are no silver bullets: one must go the full steps from building one’s shared vision to defining the processes and the possible consequences of participating in a PGS. 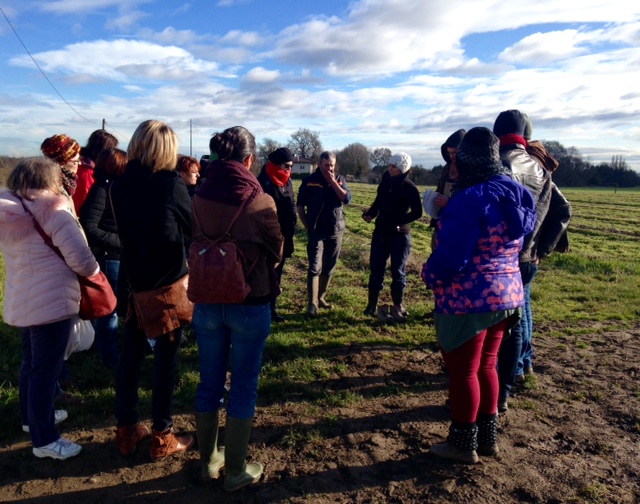 As a conclusion, going through these intense days on the EatingCraft project was sort of going through a PGS visit : through participative but structured processes, exchanges of practices and reflections, we all came out with ideas and new questions to continue to improve on our own practices.

Thanks again to all folks that made this training week a success !”