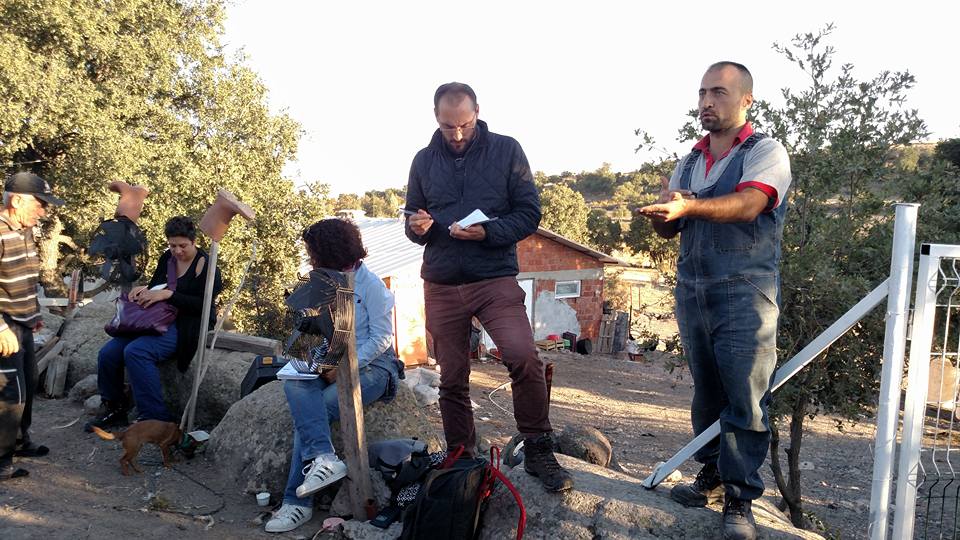 The burning Autumn sun is rolling on the cretes of Anatolia. On the arid outskirts of the village of Tahtacıörencik, the hens of the Kır Çocukları eco-project are witnessing curious activities. A group of about 40 visitors, including 12 foreigners, is invading the poultry breeding farm.  Perched on the fence, the farmer points out at 5 strategic spots to investigate. The visitors are then pairing to lead what they call a « free range farm investigation ». Some are taking a closer look at the organic certification on the bags containing the soja and the grain feed. Others are carefully checking the drop-by-drop water system or exchanging thoughts on the free space enjoyed by the chickens.

How to strengthen producers-consumers relationships ?

This activity is one of the numerous exercises to be tried out during Urgenci’s learning journeys. The latest of these journeys took place in Turkey 4-8 October, thanks to the support from the Civil Society Team of the Food and Agriculture Organization (FAO). Some tasks are intellectually challenging, for example, the one consisting in mind mapping a community garden. Some others are easier games, like the « well of ideas » : at the end of a visit, every visitor gives a recommendation, remark, critique or suggestion to the hosting farmer on a post-it thrown into a box. The box is subsequently passed to the farmer.

The idea behind testing these farm visit exercises is to share experience on how to build trust and strengthen producers-consumers relationship. Urgenci and partner organizations like Terre et Humanisme in France, the Network of Agroecological Initiatives in Morocco (Riam), Soils Lebanon or DDB in Turkey, have been joining forces for almost 2 years to build a network of Local and solidarity -based partnerships for agroecology (LSPA). The starting point was the first Mediterranean meeting of LSPA in March 2016 in Marseilles. The next step is a second learning journey, scheduled for 21-26 November in Lebanon. 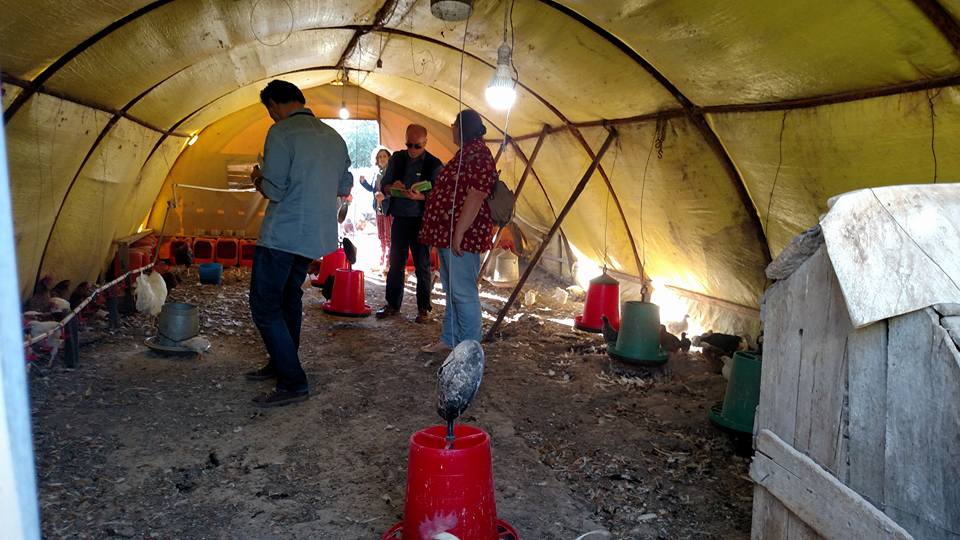 The visit to Turkey turned out to be as much a debating journey as a learning journey : in a friendly atmosphere, straightforward questions have been raised and transparent answers have been provided. « I’m wondering why are you not doing more to implement permaculture as you say you would like to do ? » ; « It would be easy to build a multilayer soil here, with several layers of cardboard » ; « Do you think this initiative is truly sustainable, from a purely agricultural point of view, once all the voluntary work given by the members is put aside? ». All these questions show that this was a learning process for everyone, and certainly not a « teaching » journey. It was not about replicating the best model; it was rather about sharing doubts and challenges. And eventually about identifying both common issues and particular solutions.

The Turkish context was also a discovery for most of the foreign participants. The main Turkish organizer, Ceyhan Temürcü, had made the decision to mix the foreign delegation with various Turkish groups not only from Ankara area, but also from other parts of Turkey. This excellent idea fostered exchanges, both on the bus trips, during the one-day conference in downtown Ankara, and on the field.

Diving into the Turkish civil society 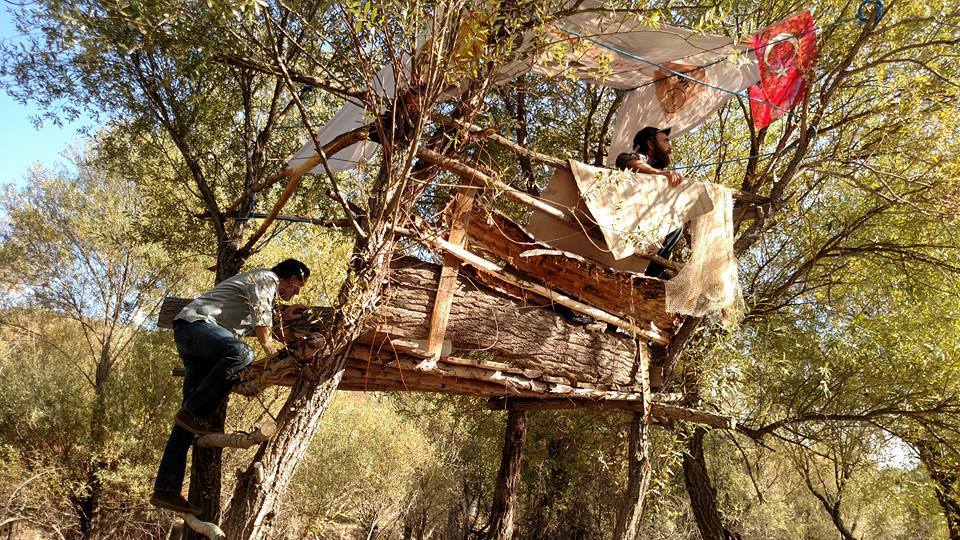 This journey was an unique opportunity to get a grisp on the strength of the Turkish civil society, in spite of the hard times the country is currently living through. There are indeed numerous food cooperatives (Bükoop, Kadiköy Koop), Slow Food groups, seed saving groups, Participatory Guarantee System groups and CSA groups. One of them is called Gilda Topluluklan and works almost exactly like a standard CSA group in France or in the US. « We have a strong focus on solidarity, not only agroecology. We really want to support our local farmers, come together on a regular basis and have a lot of fun ! » sums up Ebru, one of the two young « founding mothers » of this project.

There are several nests of CSA groups around the country. In Izmir, several groups keep disseminating at a sustained pace : they set up an upper limit of 50 shares, above which the group is giving birth to a new group.

DBB, the Ankara -based PGS project, includes 22 active producers and 1,150 subscribers following activities. For one of its leaders, Aysegül Cerci « PGS and CSA are considered as part of the same movement in Turkey, as they both have as their main principle a horizontal relationship between their members ».

Most of these initiatives are at the crossroads of several fields of action. The ecovillage of Günesköy, for example, is also a symbol of ecological resistance : it is being cut in its middle by a high-speed train railroad, consisting of 15 pillars, up to 90 meters high, to support a bridge over the valley.

Some local authorities seem to be keen on supporting the network of actors on their territories. On the first day, the group started by a visit to Çayyolu Community Garden community garden, hosted on Çankaya municipality’s land. This center’s staff is supported by the municipality and provides training in organic farming and permaculture to the local gardeners. The visit participants were asked to draw a map of this initiative. 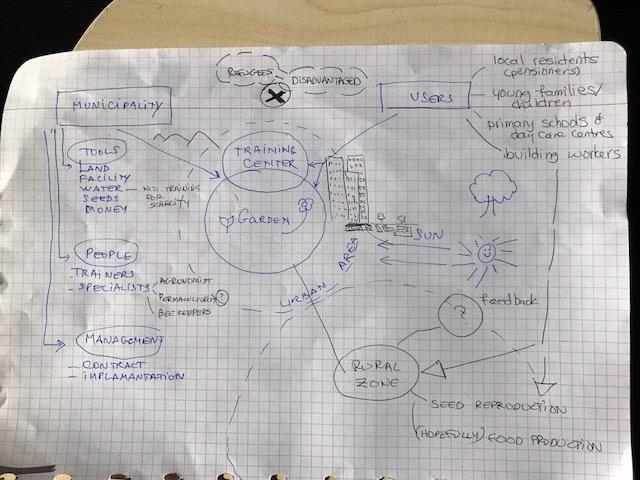 The journey ended with a stimulating world café session, where 38 participants focused on designing a common training frame. The next steps are already planned : an editorial board will be in charge of editing the existing training frame and the related training documents. Another idea is to organize country specific editing sessions, on the same model as the one organized in Turkey at the international level. Apart from the second learning journey to Lebanon, one thing is for sure : « the Mediterranean network will hold a meeting next year in Greece, as part of the 4th European meeting of CSA movements, in December », says Jenny Gkiougki, from AgroEcoPolis Hellas, the local NGO in charge of organizing the event.

You can download and read the full report of this Learning Journey in Turkey, written by its main organizer Ceyhan Temürcu.