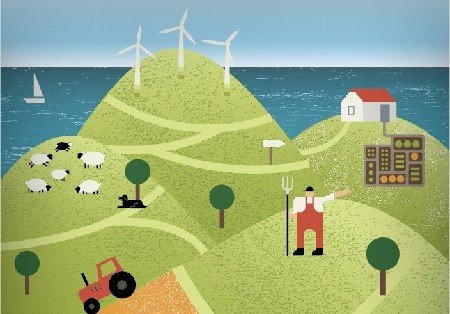 In Hungary there are about eight community supported farms and about six buying groups in 2013, but the numbers are increasing continuously.

Tudatos Vásárlók Egyesülete, the Association of Conscious Consumers, mainly promotes the idea of community supported farms, because the network of buying groups is already well-functioning. The CSA concept was introduced to Hungary in 1998, but the three farms which were influenced by the English CSA concept gave up the model. The reasons for the failure were really diverse: 1) the costs were not properly calculated, 2) the concept was new for the consumers and 3) the consumption habits were not “ready” for the non-negotiated content of the vegetable boxes.
In 2010 three new CSA farms started to take shape, owing to the French AMAP visits. The French influence is still determinative among the eight existing farms (many of them using the translated
AMAP charter), but new functional forms also have appeared, e.g. a social cooperative or a non-profit Ltd. Most of the initiatives are farmer-driven and dependant on consumers from cities.
In Hungary, CSA is strongly connected to organic agriculture, all of the initiatives are certified organic or produce without chemicals. ACC is promoting the idea of CSA in Hungary – publishing information
about the national and international best practices and organising trainings for local communities.